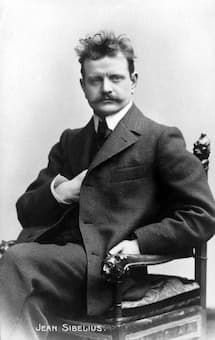 The so-called “February Manifesto,” issued on 15 February 1899 was a Russian imperial proclamation that revoked Finland’s autonomy within the Russian Empire. Finland was ceded by Sweden to Russia in 1809, and gained the status of a grand duchy. While its constitution was initially respected, the 1899 manifesto declared that the tsar of Russia could rule Finland by edict, and that the Finnish constitution was entirely subject to the tsar’s will. Jean Sibelius passionately disagreed and wrote, “We fought 600 years for our freedom and I am part of the generation which achieved it. Freedom!” 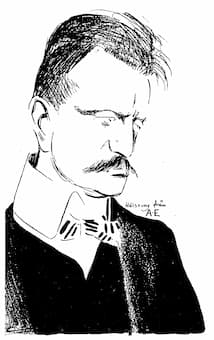 In October 1899 the Finnish press organized a fund-raising gala to raise money for newspaper pension funds. However, the event was clearly a front for rallying support for a free press. For that occasion, Sibelius composed a melodrama to a highly patriotic poem titled “The Melting of the Ice on the Ulea River” by Finnish writer Zachria Topelius. Sibelius was gripped by the patriotic fervor of the poem, and the lines “I was born free and free will I die” deeply resonated with the composer. 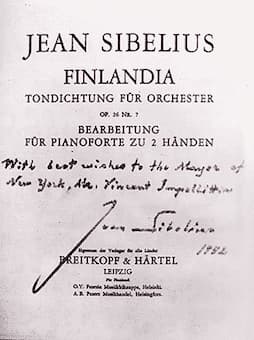 Sibelius wanted to create something recognizably Finnish, but without resorting to direct imitation of folk music. As he wrote to his wife Aino, “I would not wish to tell a lie in art … But I think I am now on the right path. I now grasp those Finnish, purely Finnish tendencies in music less realistically but more truthfully than before.” Depicting episodes from Finnish history, Sibelius extracted six tableaux from his melodrama. Prefaced by a prelude, Tableau 1 is titled “The Song of Väinämöinen,” Tableau 2 “The Finns are Baptized by Bishop Henry,” Tableau 3 “Scene from Duke Johan’s Court,” Tableau 4 “The Finns in the Thirty Years’ War,” Tableau 5 “The Great Hostility,” and Tableau 6 “Finland Awakes.” The title of the concluding tableau attracted negative attention from Russian censors, and for a while it was known under various titles such as “Impromptu,” “Happy Feelings at the awakening of Finnish Spring,” and “A Scandinavian Choral March.” 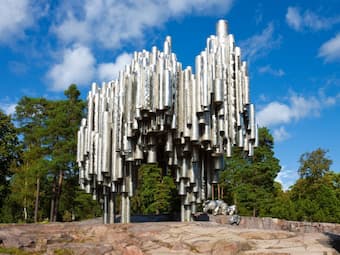 The Sibelius Monument in the district of Töölö in Helsinki

In 1900, Sibelius reworked the final tableau into an independent symphonic poem and retitled his rousing patriotic essay Finlandia. It premiered on 2 July 1900 in Helsinki with the Helsinki Philharmonic Society conducted by Robert Kajanus. For Sibelius, Finlandia was “the song of our battle, our hymn of victory.” From the very beginning, Finlandia proved hugely popular, and the magnificent closing hymn tune became an international hit. Often incorrectly cited as a traditional folk melody, the hymn actually sprang from the composer’s mind. It was sung around the world with such words as “Be Still My Soul,” “At the Table,” “Land of the Pine,” and “Our Farewell Song.” The composer had mixed feelings about these versions: “It is not intended to be sung… It is written for an orchestra. But if the world wants to sing it, it can’t be helped.” For Sibelius, Finlandia was a “relatively insignificant composition,” as it eclipsed his more substantial works. Nevertheless, it was swiftly adopted to become Finland’s second national anthem.


In 1941, Sibelius’s hymn tune was texted by the Finnish poet Veikko Antero Koskenniemi. One of Finland’s most popular writers, he was influenced by Goethe, Runeberg, and the French Symbolists. He wrote a number of poems, travel books, and essays, but he is best known for writing the lyrics for the Finlandia hymn. 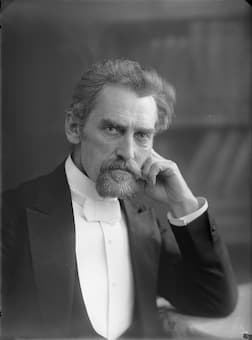 O, Finland, behold, your day is dawning
The threat of night has been banished away
And the lark of morning in the brightness sings,
As though the very firmament would sing.
The powers of the night are vanquished by the morning light,
Your day is dawning, O land of birth.

O, rise, Finland, rise up high:
Your head, wreathed with great memories.
O, rise, Finland, you showed to the world
That you drove away the slavery,
And that you did not bend under oppression,
Your day is dawning, O land of birth.

The Finlandia hymn was also pressed into service as an international song of peace, and as the tune for a number of Christian hymns. The tune was also adopted as the Republic of Biafra’s national anthem “Land of the Rising Sun,” during its attempted secession from Nigeria in the late 1960s.