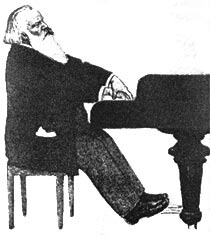 I always thought that my grandfather was the luckiest person on earth! No matter how dull the conversations, boring the sermon or uncomfortable the journey, he always managed to nod off. At first I thought he was just pretending, but he was actually fast asleep. Grandma always complained that he fell asleep at the most inappropriate times and that he snored like an East German diesel locomotive! With a bit more medical knowledge on my side, I might have guessed that granddad was suffering from some sort of sleep apnea. But Grandpa was not alone, as a composer dear to my heart apparently suffered some of the same symptomology.

In May 1853, a young and dapper Johannes Brahms accompanied the highly acclaimed Hungarian violinist Eduard Reményi on a concert tour. They eventually caught up with the supremely acclaimed violinist Joseph Joachim in Hanover. Joachim, in turn, took them to Weimar, where Franz Liszt was holding court. When Liszt asked Brahms to perform one of his compositions with the composers Peter Cornelius and Joachim Raff in the audience, Brahms shyly declined. However, he did place the score of his first piano sonata on the instrument and begged his host to play through the piece. And Liszt did so, sight-reading the composition without a single mistake! Then it was Liszt’s turn to entertain his guests, and he performed his newly composed B-minor Sonata. Later claiming to have been exhausted from his journey, Brahms fell asleep. Sufficed to say, Brahms and Liszt never became good friends! 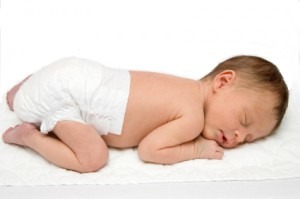 Since Brahms was never married, we have no spousal accounts of his nightly concerts. However, in the 1880s, Brahms was on tour with the German-born British baritone George Henschel. Henschel humorously reports: “We retired to room No. 11, and it was my instant and most ardent endeavor to go to sleep before Brahms did, as I knew from past experience that otherwise his impertinently healthy habit of snoring would mean death to any hope of sleep on my part. My delight at seeing him take up a book and read in bed was equaled only by my horror when, after a few minutes, I saw him blow out the candle. A few seconds later the room was fairly ringing with the most unearthly noises issuing from his nasal and vocal organs. What should I do? I go up and roused the porter from a sound sleep. Explaining cause and object, he made up the spare room. After a good night’s rest, I returned, early in the morning, to the room in which I had left Brahms. He was awake and, affectionately looking at me, with the familiar little twinkle in his eye and mock seriousness in his voice, said to me, well knowing what had driven me away, “Oh, Henschel, when I awoke and found your bed empty, I said to myself, There! He’s gone and hanged himself! But really, why didn’t you throw a boot at me?

Falling inappropriately asleep was still very common for Brahms in later years. When he was asked to listen to a promising young conductor by the name of Gustav Mahler in 1890, the concert was noisily interrupted by a number of “queer snorts.” It’s no wonder that Mahler, later in life returned the favor: “I have gone through all of Brahms’s music pretty well by now. All I can say of him is that he’s a puny little dwarf with a rather narrow chest.” Brahms was known to his contemporaries as dropping off to sleep “in a second,” and tourists gathered to see his motionless beard in cafes, restaurants and the theater of Vienna. Amazing, isn’t it that the composer of the most beloved and most easily recognizable lullaby of all times really did not need his own sleeping aid.