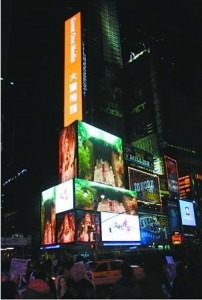 One can’t help but notice the new major policy unveiled in 2011 and continuing well into 2012 – the supreme importance of strengthening Chinese culture.

At the end of last year, President Hu published an essay in which he drew a sharp distinction between the cultures of the West and China. Our leaders are always bitter about the fact that Western culture and art seem to overshadow Chinese culture in popularity. But the tone now is much more severe than in recent years. People in the industry have already seen the changes.


Western orchestras, for example, are required to engage with Chinese soloists regardless of the soloists’ quality. Chinese performance groups are busy scattering abroad to perform, regardless of their expertise, while videos extolling Chinese culture circulate on the big screens of Times Square in New York. It is clear that bolstering China’s cultural power matters in 2012, a transitional year for the Chinese leadership.

This attitude reminds me of the recent surge in popularity of songs from the revolution. Since last year, Chongqing, one of China’s biggest municipalities, has promoted ‘red song’ performances. Officials deny that the trend points to an ideological return to the past, though I can’t see the artistic merit of such performances.

However, will banning or reducing the number of Western acts truly change the situation? Will people be more likely to attend Chinese performances just because there are no Western ones? Moreover, will our productions be internationally recognised just because we refuse to accept non-Chinese acts? 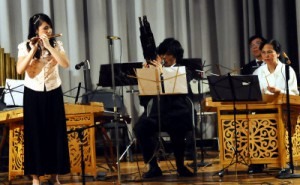 While Westerners might regard our government’s announcement supporting more creative works as positive, Chinese officials have in fact been telling many cultural industries to become more market-driven and to rely less on government subsidies.

Our fellow Asian countries also restrict the number of Western products they import, but at the same time, they promote policies and various funding schemes to encourage the development of domestic culture.

Chinese politicians are good at contradicting themselves. They promote market-driven measures, yet they can’t see that this means people will choose good quality over the mediocre. Such policies simply expose the flawed qualities of Chinese cultural products.

On the one hand, officials encourage the development of cultural acts that seize the interest of the Chinese and meet the ‘growing spiritual and cultural demands of the people’. But on the other hand, these same officials insist on strict censorship and less reliance on government funding.

And one wonders why Western culture is more widely respected than Chinese culture.

China has been making a concerted push to increase its cultural influence or ‘soft power’ abroad. Apart from the advertisement in Times Square in New York, more branches of the Xinhua News Agency have opened worldwide. Plans are also underway to establish an overseas office of one of the most prestigious companies promoting Chinese performance groups abroad.

What really concerns me is that our officials fail to realise that the weakness in Chinese culture lies not in the number of acts or products we churn out, but rather in their quality. If we cannot admit this truth, then I’m afraid we’ll just be showcasing our weaknesses, not only to people at home but also to the world.