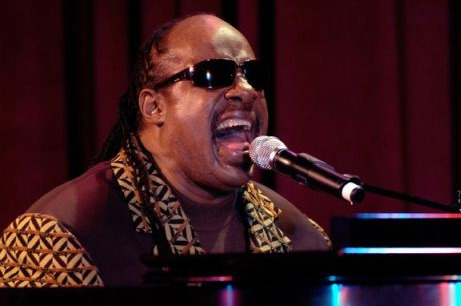 He is the youngest person to have his US number 1 hit at the age of 13. He has had over 100 million albums sold, over 30 U.S top-ten hits, 25 Grammies, 10 US number-one hits on the pop charts, a Lifetime Achievement Award, an Oscar, and is inducted in both the Songwriters and the Rock and Roll Hall of fame. On top of being recognized as one of the most successful artists of our era, he has also been blind since birth due to premature retinopathy. His name is Stevie Wonder.

Such inspirational stories of high-profile blind musicians overcoming their physical obstacles to make their mark in history have long caused people to ponder whether there is a special relationship between music and blindness. After all, research shows that 57% of blind musicians have perfect pitch, compared to less than 20% of musicians who do see.

As a result, it is not surprising that blind people often strive in the music industry, especially as musicians or piano tuners. Perhaps one reason is due to the limited options the blind have when it comes to job selection. In ancient China, besides begging and fortune telling, becoming a musician was a significantly better alternative. But another equally important reason is that, blind people tend to be more sensitive to sound than normal people.

Although it has long been observed that children who go blind at a very young age develop musical talents, it is not until recently that science has been able to quantify the results. Scientists at the University of Montreal have reported that blind people are up to 10 times better at discriminating between pitches. However, this only appeared to be the case if blindness occurred before the age of two, and the results showed a clear correlation between musical talent with age of blindness. Late blind subjects—those who became blind after 5 years of age, were shown to be no different from the control subjects.

Yet, singer-songwriter Ray Charles became completely blind at the age of seven. While some attribute his blindness to glaucoma, others say it was caused by an infection by contaminated soapy water in his eyes. Likewise, Italian tenor and multi-instrumentalist Andrea Bocelli only became completely blind at 12 following a soccer accident. While conventional wisdom suggests that the brain compensates for loss in certain areas by strengthening other senses, such as hearing, recent findings suggest the brain functions in ways we have yet to discover.

A report on a woman blind from birth have led scientist to believe that the visual area of the brain in blind people is more than simply being “reallocated”. The woman in the report was a remarkable Braille reader, who “read” by feeling words with her fingers. Later, however, she suffered an ischemic stroke.

The phenomenon that shocked scientists was, that although her sense of touch (somatosensory perception) was still reported normal after the stroke, she had lost her ability to read Braille. Yet, she had no difficulty processing other information related to her sense of touch, such as the shape of her house keys or identifying different coins. Later scans showed that the visual area of her brain had been damaged. The question was: how did brain damage to the visual area in a blind woman affect her ability to read through touch?

It turns out that the visual area of the brain does not only process information through visual cues, but can also process information through other senses, in order to analyze language and other complex processes, such as hearing and touch. These reports seem to indicate that besides a stronger sensitivity to auditory cues, blind musicians perhaps utilize many other parts of the brain in understanding music that were previously believed to be unrelated, such as the frontal lobe and parietal lobe. Hence, it is not surprising that a lot of research also indicates that blind people have also a greater propensity for language and memory than normal people.

Although the research here seemingly points towards many advantages that Ray Charles, Stevie Wonder and Andrea Bocelli would have had in order to succeed in the music industry, we must not forget the numerous challenges the blind face in order to function normally in society. Blind people have to deal with the inability to perceive the world by restricting their movement and contact with the world. Most also have a tendency to become over-protective on a daily basis in order to avoid danger that normal people don’t have to deal with. They also have to cope with the emotional awkwardness amidst the presence of sighted people. They have to work harder in life to accomplish even the most basic things of life, such as gaining employment.

Thus, think about how much more determination, hard work, talent and passion one must acquire in order to become a great musician. Yet, if we also think about it, if legendary Greek poet Homer was not blind, would he possess the memory he had as a blind person? Would he have been able to “see” things that normal people couldn’t see to write the classical epics Iliad and the Odyssey?

Why musical talent can stem from visual impairment

Are blind children born to be musical?

Visual Cortex Activity in the Blind

Challenges of Being Blind