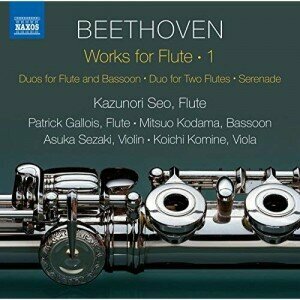 Ludwig van Beethoven stands as a giant in music history for his great symphonies, piano sonatas and string quartets, and the challenges of deafness later in life. This programme shows the younger Beethoven’s facility as a creator of light and entertaining chamber works as enjoyable to perform as they are to hear. Taking their cues from Mozart, the Duos build on sonata form and dance movements, the slightly later Serenade taking the shape of a genial 18th-century divertimento.