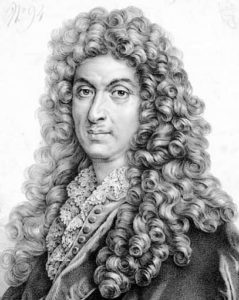 Over the years, I have come to realise that somehow my tastes in classical music often balanced between baroque and minimalism. For some reason, each period seemed to refer to the other—the latter more than the former. I felt like there were many similarities between the languages of both music, and that the study of one informed on the other. It is when I started drawing parallelisms between the two that it became more and more evident that minimalism was actually speaking the same language than baroque; only in a different context. I then observed the minimalists—composers and performers—and realised how they related to their baroque peers: composers taking inspiration in the pieces, while performers often drawing connections in their performances and recordings.

Although resulting very differently, both baroque and minimalism use little musical material and develop on a few musical ideas only. Both music, meticulously organised—with great attention to detail—have rigorous structures and even a certain mathematical—for the attention paid to symmetry and stability—approach. In baroque, Bach’s BWV 859 plays on the interplay of a musical motif, balanced between the voices and harmonic variations, and Pachelbel uses the Romanesca formula in his canon, repeated over and over—looped; its minimalism resides in the use of eight notes as the grounding foundation. Richter has been known to use La Folia’s simple harmonic progression as the basis of his last solo recording of Woolf’s Works, and Frahm’s Ode is structured on two contrasting parts, built on a structure of silence. 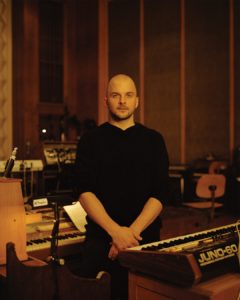 Because of their tendency to use restricted material, the theme and variation form comes as another shared trait between both baroque and minimalism. Of course, Bach’s Goldberg Variations are one of the most well-known baroque set of pieces, or Handel’s The Harmonious Blacksmith and the several variations on the pre-cited La Folia—including Scarlatti’s and Corelli’s. Once more, Richter based his 24 Postcards in Full Colours on a modern version of the theme and variation form. Nyman, who is known for his film scores, has adapted the form for the screen; one of his most famous examples being the theme The Heart Asks Pleasure First and its following variations. To some extent, Jóhannsson’s Virðulegu Forsetar plays around the idea of the theme and variation. 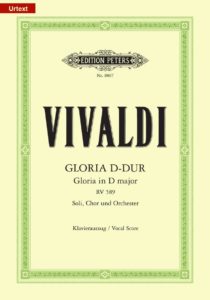 Minimalism is a music that has been constructed with an emphasis on rhythm and an exotic—Eastern Indian—approach to the traditional Western treatment. Of course, two of its most important pioneers, Reich and Glass have developed a strong rhythmic language influenced by the music of these civilisations. Glass’s groundbreaking work 1+1 displays a strong focus on rhythmic research by the usage of additive technique on an amplified table-top—the work does not even call for an instrument. The French baroque composer Jean-Baptiste Lully came to fame through the writings of many ballets and dance suites, at the intention of the King of France, Louis XIV. All the dances of the time followed a particular set of rhythmic rules, defined by their origin and the dance patterns (ie. Allemande, Bourrée, Gavotte etc.). In minimalism, through this strong focus on rhythm has derived the creation of a pulse. Reich’s Piano Phase is first clear example of a constant musical beat. The music of most baroque composers is also—and in the case of dance suites dictated by the purpose of the music—driven by a pulse. Although much more freedom is given to its structure when it comes to other forms, many baroque pieces feature a relative pulse. Couperin’s Pièces de Clavecin, Livre 3, “Le Tic-toc-choc ou les maillotins” (18e Ordre) or many of Bach’s Well-Tempered Clavier (BWV 851) are good examples. 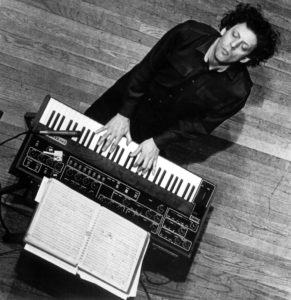 Much of the baroque music is often keyboard based. Whether it is due to the accessibility of the instrument—the organ or the harpsichord—and its universality, or the natural inclination of composers to write for keyboard. Strangely, it seems to be the case as well for minimalists. Whether it is because of, once again, the accessibility of the instrument or the nature of its sound that makes it very popular—and which explains why so much minimalism is present in advertising and screen music. Baroque composers often directed from their instrument, and so do minimalist composers.

Last but not least, there is a focus on the sacred and religious music from both baroque and minimalist composers. Most baroque composers were closely related to the church (Bach in Leipzig or Vivaldi in Venice…) as were the arts in general—throughout the centuries up to the romantics, where music became more human centred. This has resulted in countless masses, cantatas and other sacred works. As it went through the periods, music has always stayed very close to religion, and in minimalism a branch of holy-minimalists started to appear at the end of the 21st century: in Estonia through Pärt, in Poland with Górecki and in England through Tavener.

There are many hints at a correlation between both periods. In an obvious manner or a more subtle way. With so many common traits, it is no surprise that contemporary and minimalist composers often quote the baroque as having a large influence on their work and how they compose. For these composers, baroque also represents a medium of refuting the complexity and intellectualism of the current contemporary classical, by using a vocabulary which is well-known and at the same time adequate for our times. Today, it is often common for performers to associate baroque with minimalism, Mahan Esfahani with Time Present and Time Past, Simone Dinnerstein with Piano Concertos by Glass + Bach, or Anton Batagov who is known to have recorded as much baroque as minimalism.