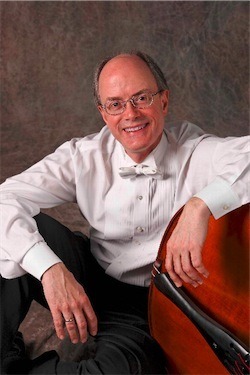 In our earlier talk with bassist Ed Barker, we focused solely on his return to China with the Boston Symphony Orchestra, 35 years after his first visit to China with the orchestra In 1979. Our conversation continued, discussing his instrument, the double bass, and its recent rise in popularity, sparked in no small way by his own recordings.

The double bass, as an instrument, has never been the virtuoso soloist that we expect the violin to be. Nevertheless, early composers who wrote double bass concertos include Joseph Haydn (the work is lost) and Karl Ditters von Dittersdorf, among others. The 18th century bass virtuoso Domenico Dragonetti not only wrote his own concertos for his instrument but also inspired Beethoven and others to write increasingly more challenging music for the instrument. In the 19th century, Giovanni Bottesini was considered the “Paganini of the double bass” and many of his compositions were originally so difficult as to be considered unplayable, although now they have entered the repertoire.

Barker’s own recordings sparked our discussion on music for the double bass and who he regarded as some of the more interesting composers for his instrument. He noted that the bass as a solo and ensemble instrument has really come into its own in the last thirty or forty years. The standards are remarkably high because of the sophistication of the teaching and the quality of the music being written for the instrument. It is difficult for him to single out only a few composers, but he likes composers who don’t sacrifice substance for style. Composers who write with skill and imagination, and who expand the musical boundaries of the instrument but at the same time remain reasonably idiomatic meet his expectations. “Whenever a composer asks me about the sonic possibilities of the double bass I suggest that they study Gunther Schuller’s Quartet for Basses. The piece is skillfully written, virtuosic, very colorful, and shows what the bass can do. Likewise his Concerto for Bass and Chamber Orchestra. In another direction but equally as satisfying is John Harbison’s Concerto for Bass. Somewhat more traditional but very well written for the instrument is the Tubin Concerto, although the accompaniment is somewhat over orchestrated. Some other composers I have worked with come to mind: Theodore Antoniou, Fred Lerhdahl, Sam Headrick. I would love to have Michael Gandolfi write a piece for me if I can secure the funding. “ 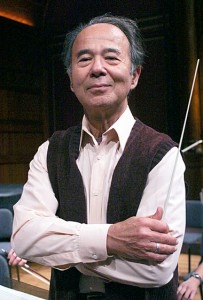 Barker’s recent recording of James Yannatos’ Variations seems to take the bass in a new direction: even as a solo work, the range of the instrument makes it sound like an ensemble. We asked if he found that modern works such as Variations that create a new sound are taking full advantage of the instrument, or did he feel that composers could do more. He responded praising Yannatos: “I was very honored that James Yannatos wrote his Variations and his Concerto for me, and because he was a string player as well as a composer (and conductor), he certainly had a strong knowledge of the idiom and the sonic possibilities of the bass as a string instrument. My preferences are to do pieces like his, that display a wide range of colors and have strong ‘vocal’ characteristics, which I think are the basic strengths of the double bass in a solo context. I am not a fan of unidiomatic writing. As conductor Maurice Abravanel used to say when advising young composers, ‘Don’t write pieces where one has to blow into a violin or bow on a trombone!’”