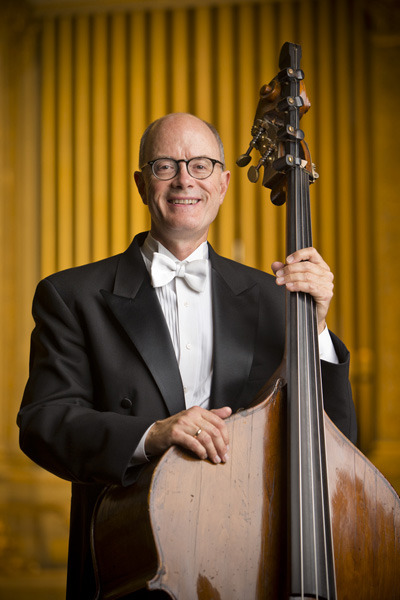 In 1979, the Boston Symphony Orchestra became the first western orchestra to tour China, following the opening of the country to the West. The date is important, when you consider that 1978 marked the reopening of the Chinese conservatories and that there was a great deal of repressed musical experiences that were just beginning to find a voice.

Bassist Ed Barker was on the 1979 China trip of the BSO; he’s still with the orchestra and we talked to him to see what he thought about the new trip. We asked him if he had vivid memories of the 1979 visit and if it felt particularly difficult at the time.

The 1979 BSO China trip was considered culturally important in America and many different things contributed to making it significant. The governor of Massachusetts spoke at their ‘sending off’ ceremony; the orchestra was sent in a specially chartered Boeing 747, and everywhere they went, they were accompanied by an American news crew from the channel CBS.

When the BSO arrived in China, they found that there was a great deal of interest in them on the part of the Chinese music community, as was evidenced by the enthusiastic attendance at the concerts and master classes. Barker saw that it was obvious that China was beginning to emerge from the effects of the Cultural Revolution, particularly in the field of Western Classical music. There was clearly a strong implied kinship between the Chinese and Boston Symphony members as musicians. That relationship, brief as it was, seemed to transcend political boundaries, and the Boston Symphony musicians were treated with great hospitality by their Chinese hosts.

He also found, unfortunately, that there was a great deal of pollution in the air – so much so that he missed one of the concerts because he came down with a case of bronchitis.

He was also struck by the visual homogeneity of the society. He noted that everyone dressed the same and rode the same kinds of bicycles – there seemed to be more bicycles than automobiles on the dusty streets. He was also surprised to see the military doing drills in public parks.

We asked what set that tour apart from other experiences he’d had with the orchestra. Barker noted that, in addition to the extensive American press coverage, the inherent symbolic significance of the trip made it unique. Because of the obvious political efforts at that time to build better relations between the United States and China, the BSO tour was one of the cultural elements in that interchange. He noted that classical musicians all speak the same “language,” and are generally able to work together toward common artistic goals. Perhaps that was seen as a good symbolic starting point for generating better understanding between the two countries. In looking at the musical rise of China over the past 2 decades, Barker noted that he was most intrigued by the skill and enthusiasm with which the Chinese have embraced Western classical music.

For this return 35 years later, Barker is looking forward to seeing how Beijing and Shanghai have changed and is very interested in seeing the extent to which Western Classical music has taken hold. On a more touristic note, he’d also like to see the Great Wall this time!

Edwin Barker will be performing with the Boston Symphony Orchestra at the Guangzhou Opera House.