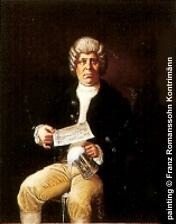 Irony and Parody became key moments in German modernism. But parody and irony are not identical. While irony might be described as a strategy, most successful parodies derive their effect from the comic incongruity between the original and its parody. In his Symphony Nr. 5, Gustav Mahler uses irony as a fundamental part of his compositional process. A newly discovered admiration for the contrapuntal mastery of J. S. Bach led to an increased emphasis on counterpoint in this work. In fact, hyperactive motivic counterpoint was to become a hallmark of this new polyphonic orchestral style. But Mahler is not making fun of Bach, but he is viewing the past self-consciously from the vantage point of the present.

Gustav Mahler: Symphony Nr. 5, “Scherzo”
In the hands of the musical satirist Peter Schickele, parody takes on a much more humorous dimension. Schickele invented the fictitious composer P.D.Q. Bach, performing the “discovered” works of the “only forgotten son” of the Bach family. According to the fictional biography, the highly musical Bach clan denied the existence of a member who was called “pimple on the face of music,” “the worst musician ever to have trod organ pedals,” “the most dangerous musician since Nero.” They even started a rumor that P.D.Q. Bach, without a doubt Johann Sebastian’s last and least offspring, was not really a member of the Bach family. “P.D.Q. Bach once said that his illustrious father gave him no training in music whatsoever, and it is one of the few things he said that we can believe without reservation. His rebelliousness was such, in fact, that he avoided music as much as possible until he was well into his thirties. But by the mid 1770s he realized that, given his last name, writing music was the easiest thing he could do, and he began composing the works that were to catapult him into obscurity.” 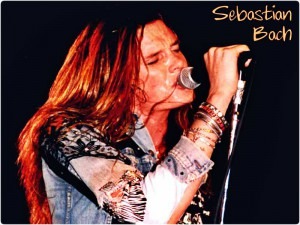 This kind of parody, none withstanding the slapstick elements, works because as listeners we are aware of the stylistic conventions of the supposed original. The young Paul Hindemith thoroughly studied the musical style of J. S. Bach. But he was also fascinated by contemporary dance music, and he composed a number of such dances for private entertainment. During Easter 1921, he produced his Rag Time for Orchestra, a brief dance-fantasy based on the subject of the C minor fugue from Bach’s Well-Tempered Clavier. It is not a fugue as such, but a good-natured contrapuntal parody. Hindemith said of this work, “if Bach were alive today, perhaps he would invent the Shimmy.”

Paul Hindemith: Rag Time for Orchestra
The influence of Bach’s music is not confined to dead classical composers, but he appears to be the all-time favorite composer in the world of popular music as well. We find quotations and parodies by Emerson Lake and Palmer, Genesis, Frank Zappa, Jethro Tull, Procol Harum, the Muppets and even by Lady Gaga—no worries I’ll spare you this one! There is even the Canadian heavy metal singer, former front man of the band “Skid Row,” who goes by the stage name Sebastian Bach. The most frequently borrowed work appears to be Bach’s Toccata and Fugue in D minor, which resurfaces in roughly forty new guises. Among them is an interpretation by Jon Lord—keyboardist of the famed rock band “Deep Purple”—who used BWV 565 his 1982 album Before I Forget.

Jon Lord: Before I Forget, “Bach onto this”

Please join us next time for the concluding episode in this series featuring Bach-inspired compositions by Erich Korngold, Richard Strauss, an ingenious transcription for accordion, with Johannes Brahms having the final word.