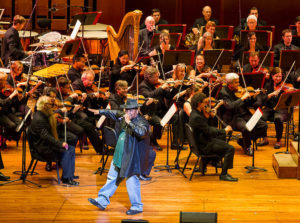 You might think that this is a crazy question. To quote Wikipedia, Hip Hop is a “stylized rhythmic music that commonly accompanies rapping, a rhythmic and rhyming speech that is chanted”.

The popularity of Hip Hop is so great that it has taken over as the number one music style in the United States and quite possibly most of the world. “Hip-hop and R&B overtake rock as biggest music genre in US”.

It may surprise you just how far around the world Hip Hop has stretched. India has seen a rapid development of Hip Hop happen across its country. It may still be an underground activity, but that’s where so many big things start. The Explosive Evolution of Hip-Hop in India.

You might ask yourself why are classical music and Hip Hop so popular and why do they have such a universal voice? There are many reasons why both genres are so popular, but the main similarity between both styles is that they represent the voice of the people.

Hip Hop speaks about real-life events and emotions, just like classical music does. Hip Hop might be seen as a form of rebellion, and for some, classical music as a form of conformity, but they both speak to and for their people. It’s possible that as both genres are viewed as mainstream styles of music today, maybe this is the reason for their wide acceptance.

One of the ways of including people in communities is to get them involved in music. Hip Hop can be a solely spoken word medium, so that makes it a simple and convenient form that allows immediate access for people at little to no cost. Classical music is so well-known and there are already many community groups around the world playing it, which makes it easy for people to get involved.

There are many amateur orchestras and community choirs around the world where any person can rock up and join in, regardless of prior experience or even not have taken a music lesson. The giving open nature of not just these styles of music, but the people involved in making and performing them speaks a universal truth that I wish many other communities did. And that is a truth of friendship and openness.

Hip Hop performers love sampling classical music, and, there’s a good reason for that. The highly expressive nature of classical music and the fact that it has been around for hundreds of years makes it an obvious choice to stick some beats against and lay down vocals onto well-known classical pieces. Have a listen to this mash-up of Hip Hop and Classical. They love Beethoven.

Mozart is another favourite for this mash-up of styles. I don’t know what Wolfgang would think of it, but the end result is highly effective and quite mesmerizing. Mozart Sample Beat.

It is interesting to hear how well these two styles can blend into one another. This says something else about the universality of these musical styles. The things that can be created through the idea of this musically extended idea seem endless. Hip Hop Violin Freestyle anyone? Or, how about a Hip Hop Violin Medley that blends Arabic music with Classical and Hip Hop.

The melding of the two forms is an excellent idea for orchestras around the world to bring in new audiences. It would help open up players, promoters, and concert-goers to fresh sounds that could blend Classical, Hip Hop and many other styles of music together. This mixture of styles would also create new audiences as it is a new genre. The concept could create greater harmony in our societies while helping to keep Classical Music alive and flourishing. What have we got to lose?