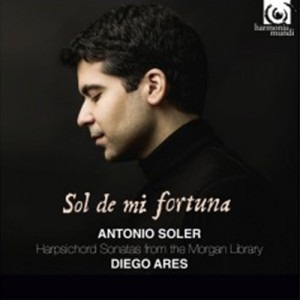 A world premiere! Who would have thought that the principal source for the music of Padre Antonio Soler was still waiting to be discovered? The manuscript acquired by the Morgan Library of New York in 2011 has proved to be the richest extant collection of sonatas by Soler; 29 of them are unpublished. For his first recording on harmonia mundi, the young harpsichordist Diego Ares reminds us of the powerful impression the composer made on a grandee of Spain in 1765: ‘Fray Antonio Soler produces finer sonatas from day to day.’ Listening to this disc, one cannot but agree: each sonata is indeed a world unto itself.