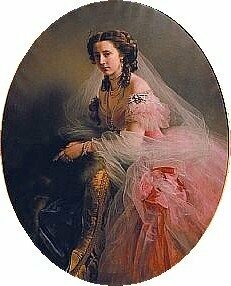 Throughout his 30 years of service to Frederick II, King of Prussia, Carl Philipp Emanuel Bach was never able to gain recognition as a leading composer and virtuoso at court. In fact, Frederick took great delight in slighting and reprimanding C.P.E. whenever possible. In stark contrast, Frederick’s youngest sister, Princess Anna Amalia of Prussia, who owned an extensive music collection and fancied herself a composer, enthusiastically appreciated C.P.E.’s compositions. Under the direction of her court composer Johann Philipp Kirnberger, C.P.E.’s music was frequently performed at Anna Amalia’s court, and she even bestowed a title of honorary orchestra director upon him.

Yet Emanuel’s best friends were not found among the court musicians in Potsdam, but rather in the literary and commercial circles of Berlin. Modeled on debating clubs in England, the so-called “Monday Club of Berlin” became the gathering place of philosophers, playwrights, poets and members of the banking establishment. Social, political and aesthetical issues were hotly debated in intellectual exchanges that took place at C.P.E. Bach’s apartment in the house of the publisher Georg Ludwig Winter. C.P.E. established long lasting friendships with Karl Wilhelm Ramler, Gotthold Ephraim Lessing, Christian Gottfried Krause and Johann Georg Sulzer. 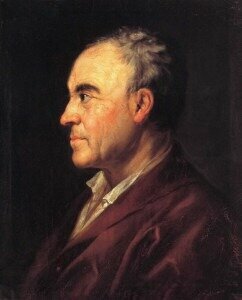 Sulzer was a professor of mathematics, well versed in theology, natural sciences, fine arts and poetry. He was one of the initiators of the Monday Club, and his compendium of aesthetics entitled Allgemeine Theorie der schönen Künste (General Theory of the Fine Arts), which he published in four volumes between 1771/74, made him an instant celebrity. Sulzer’s psychological theories represent a “similar transition within intellectual history as does the work of C. P. E. Bach within the development of music.”

C.P.E. also maintained regular contacts with Moses Mendelssohn—grandfather of Felix Mendelssohn—the founder of German popular philosophy and one of the central figures of the Enlightenment.

Among the most popular followers of the “Berlin Monday Club,” and concordantly a close personal friend of C.P.E., was the poet Johann Fürchtegott (fear thy god) Gellert, whose Fables and Tales paved the way for a movement in German literature and art in which subjectivity and extremes of emotion were given free expression. Named after Maximilian Klinger’s play Sturm und Drang (Storm and Urge), this literary stream eventually relished tormented, gloomy, terrified and irrational feelings. In 1757, Gellert published a collection of devotional poems entitled Geistliche Oden und Lieder (Spiritual Odes and Songs). C.P.E. was so inspired by these works that he composed musical settings for all 54 poems, apparently in a single creative act. These settings immediately made C.P.E. one of the most highly respected song composers in Germany.

C.P.E. was well aware that discussing the current spiritual, philosophical and artistic trends might be further stimulated by a good bottle of wine. That’s how he probably met Johanna Maria, daughter of the Berlin wine merchant Danneman. One thing led to another, and the couple married at the beginning of 1744.