Events Reviews
All in the Family!
by Georg Predota April 28th, 2012

Click here to read the concert preview “Getting Ready for the Performance”. 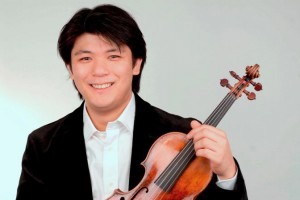 Going to see the Hong Kong Sinfonietta is like going to a family picnic. Plenty of young and excitable children are using the foyer of City Hall as a Parkour training ground, efficiently and gracefully speeding around nicely dressed obstacles. Others focus intently on mastering the newest video games, making sure that the sound effects can be heard across the harbour. In the event, once the lights go out in the concert hall, they are fast asleep in less than a second. Teenagers, smartly dressed and accessorized in the latest imitation luxury brands engage in animated discussions regarding Korean soap operas, always making sure to prominently showcase their best features to the members of the opposite sex. Under the guise of darkness, teenage lovers — ever so grateful of having escaped parental supervision — shyly hold hands and take flight into a private world of exaggerated emotions and raging hormones. Extended family groups, including grandma and grandpa alongside an entourage of obedient servants regally make their way into the concert hall, personally greeting half the audience in the process. Since the program features three local choirs, the hall is filled to capacity and buzzing with excitement. So far, the marketing strategy with its focus on education, introducing local talents and bringing students and young people into the concert hall, is working to perfection. Yip Wing-sie, rightfully assuming that nobody reads the program booklet because everybody is too busy socializing, personally introduced the upcoming musical selections and advertised for future events. Having been the music director since 2002, Wing-sie has developed a warm and highly personal relationship with her audience, earning vigorous applause for her verbal announcements; even the musicians looked genuinely happy and pleased to be on stage. What then could possibly be wrong with such a warm and happy family gathering? Absolutely nothing, until the orchestra starts to play!

It all began ominously with rhythmic insecurities and progressed to grotesquely distorted phrasing, unintelligible tempo changes, out-off tune melodies and unevenly balanced accompaniments. The orchestra managed to completely obliterate any sense of orchestral color and style that Ravel had attempted to introduce in his arrangement of Debussy’s “Tarentelle Styrienne”. Mind you, I would have been happy if the orchestra had actually started and finished at the same time; certainly makes you wonder what they have been doing — personnel changes notwithstanding — in rehearsals for the last 12 years? The same issues plagued the concluding selection, a newly discovered version of Gabriel Fauré’s “Requiem”. The well-rehearsed chorus provided a brief glimmer of hope, which was quickly extinguished by a heavy-handed orchestra. And when baritone Albert Lim garbled his way through parts of the “Offertoire”, I frankly did not know whether to laugh or to cry.

For the supposed highlight of the evening, the Sinfonietta had invited Daishin Kashimoto, first concertmaster of the Berlin Philharmonic, to perform the Brahms violin concerto. Anybody hoping that his experience as a member of one of the best orchestras in the world would influence and shape his performance was clearly disappointed. Of course, he had flawless technique but was unable or unwilling to confirm the essentially symphonic conception of the piece. It is worth remembering that Pablo de Sarasate never performed the Brahms concerto, because “the only good melody was given to the oboe”. Rather than blending solo and orchestral lines into a unified, symphonic texture, the performance was much more in line with Bronislaw Huberman’s statement that we are actually listening to “a concerto for the violin against orchestra”. Particularly in the second movement — that’s the one with the memorable oboe melody — the orchestra, still unable to correctly voice a single chord was racing to catch the MTR while the soloist was gleefully sawing away in a world of utter sterility. Everybody was going through the motions — more or less successfully — but nobody was interested in making music. The music critic Eduard Hanslick, championing the music of Brahms famously wrote, “music is nothing more than sounding forms in motion”. It’s almost inconceivable that musicians in the 21st century are still taking this statement seriously. Of course, in order to perform Brahms one has to understand as much about music as Brahms did, and that is certainly no easy task. You might be interested to know that the Hong Kong Sinfonietta has scheduled all four Brahms symphonies during the 2012/13 Season; ego sum mutus! Above all, I am wondering who is responsible for this kind of programming, or if that aspect even matters? Neither the orchestra nor the conductor is capable of handling this kind of repertory. Yet, there is plenty of repertory that would sensibly challenge the orchestra to improve and to grow. I suppose, when you are playing for family, the product is really not that important, they will love you nevertheless. Now that the Sinfonietta has successfully managed to capture the hearts of Hong Kong audiences, maybe it’s time to stop offending their ears?