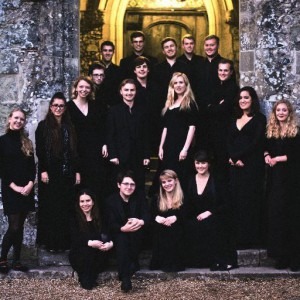 The 2015 London International A Capella Choir Competition took place in September, and saw choirs from all corners of the globe descend to St John’s, Smith Square in the heart of London for a week that showcased the extraordinary healthiness of the choral tradition across the world. After numerous preliminary rounds and a Grand Final of just three groups, the young British choir Sansara were announced as this year’s winners. I got in touch with one of their directors, Tom Herring, to find out more about this exciting (and intriguingly named…) ensemble.

Tell us about Sansara – why did you form the group?

The choir was initially formed to bring young singers together in university holidays to rehearse and perform a broad range of choral works to a high standard in a friendly and relaxed environment. I founded the group with my old friend Jack Butterworth along with one of the group’s permanent directors, Benjamin Cunningham when Jack and I discussed the idea of a choir with no single director (a rarity in the choral world) that would provide opportunities for aspiring conductors to work with a group of like-minded and enthusiastic singers. Originally, the group comprised singers local to our homes in Hampshire, but has since developed into a broad network of young musicians largely from the choirs of Oxford and Cambridge, as well as students from London music colleges. Our first concerts in Hampshire were warmly received, and we soon built a reputation and following. We are now performing more widely, for example as part of the Brandenburg Festival in London, as well as at St John’s Smith Square for the competition. 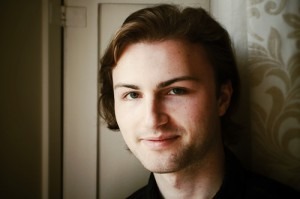 Sansara is derived from a Sanskrit word usually translated as ‘wandering through’ or ‘continuous flow’, and is associated with cycles of reincarnation in eastern religions including Hinduism and Buddhism. For us, the word is related to the sense of shared energy between musicians and the flow of that energy as we change conductors or formation within a building. The idea is also important in our programming, where we explore contrasting areas of the repertoire from different centuries of music history within a single thematic narrative.

We also aim to raise money for charity – this November, for example, we are supporting the British Red Cross’s emergency appeal for the refugee crisis in Europe.

Congratulations on your success in the LIACC! What does your win mean to you?

The competition was a brilliant experience for us and I could not be more proud of what we achieved musically in both the Heat and the Final. We were delighted to welcome Meghan Quinlan to work with the group and, as ever with a fresh director, we explored new musical territory. We aimed to tie the competition’s contrasting repertoire categories into a coherent programme, within the 20-minute limit, and delighted when the judges appreciated what we were trying to do – this was especially valuable coming from Gabriel Jackson, whose works were featured at the competition and two of which we performed. The judges also commented on the extent to which we managed to create an atmosphere in the hall, which of course is vital in live performance. To win First Prize was incredible but I was particularly pleased with winning the Audience Prize, which showed that the judges’ views were shared with others present.

What are your plans in the light of this success?

We are currently planning our first recording which will take place in 2016 with Convivium Records. We’re seeking to unite repertoire old and new under the theme of musical responses to conflict and resolution, a topic that have so much relevance to the world today. It will feature some of the works that we performed in the competition including Gombert’s Lugebat David Absalon and Rudolf Mauersberger’s Wie liegt die Stadt so wüst, as well as contemporary works by Gabriel Jackson, Malcolm Archer, James Burton and Oliver Tarney among others. We’re also looking forward to working with our Associate Composer, Marco Galvani, on a new commission.

We are also keen to expand our circle of performances and to make our first international tour.

There is currently a great explosion of choral singing in the UK, especially at an amateur level. In your experience, what are the benefits of choral music-making?

The choir is an immensely powerful instrument. A group of voices singing together is a visceral musical phenomenon, and that expressivity, combined with the social aspect of choral singing, makes it a unique musical experience. It’s certainly an exciting time to be involved!

Where can people find out more about you?

Sansara are the winners of this year’s London International A Capella Choir Competition. Their next concert is at Exeter College, Oxford on November 11th, and audiences the world over will soon be able to hear them on their first disc, scheduled for release in 2016.