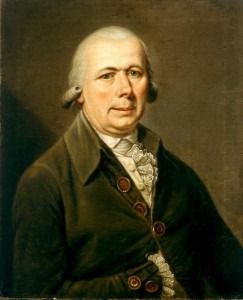 Ignatz Fränzl (1736-1811) was one of the most acclaimed virtuoso performers working at Mannheim. Already his father had been part of the orchestra, playing trumpet and viola under the leadership of Johann Stamitz. When Ignatz joined the ensemble as violinist at age 23, he was quickly paid an exorbitant salary to ensure his continued stay in Mannheim. Mozart and his mother arrived in Mannheim on 30 October 1777 and only a couple weeks later, they attended a gala concert in which Fränzl performed a violin concerto by Carl Stamitz, first son of the venerated master Johann Stamitz. Mozart was rather impressed and writes to this father, “I had the pleasure of hearing Herr Fränzl…play a concerto on the violin. I like his playing very much. You know I am no great lover of difficulties. He plays difficult things, but his hearers do not notice that they are difficult; they think that they can imitate it at once. That is real playing. He has too a most beautiful, round tone. It is all clear cut. He has a beautiful staccato, played with a single bowing, up or down; and I have never heard anyone play a double trill as he does. In a word, he is no wizard, but a very sound fiddler.”

Given Fränzl’s popularity in Mannheim, it is hardly surprising that Mozart was looking for some kind of collaboration. He began to draft a “Concerto for Violin, Piano and Orchestra” intended for a performance by the “Academie des Amateurs” in Mannheim. Obviously, Mozart was going to perform the piano part with Fränzl taking care of the solo violin. For some reason, Mozart abruptly terminated the composition after the first 120 bars of the first movement. Alfred Einstein “believes that the work was abandoned due to the disbanding of the Mannheim orchestra in 1778,” but it is nevertheless curious why Mozart did not simply finish the composition for Munich, the new residence for the orchestra. “Fate” and the pressures of trying to find employment, according to Einstein, “robbed us of a masterpiece.” 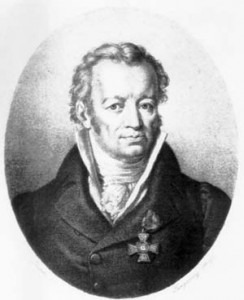 Mozart himself was an exceptionally talented violinist who was originally taught by his father Leopold. Yet, he never seemed to have really excelled in his handling of the instrument, which prompted Leopold to write in 1777: “You have no idea how well you play the violin. If only you would do yourself justice and play with boldness, spirit and fire, as if you were the greatest violinist in Europe!” During his stay in Mannheim Mozart composed six violin sonatas and handed a dedicated copy to the wife of Prince Elector Karl Theodor. If Mozart was hoping for an offer of permanent employment, however, he was once again disappointed.

With the clarinet, or rather its slightly lower-pitches cousin the basset horn gradually accepted within the fraternity of orchestral instruments, it was only a matter of time before it was also featured as a solo instrument. And once again, the composers of the Mannheim Court Orchestra played a leading and significant role. In fact, Johann Stamitz is generally credited with composing “the first true clarinet concerto in history.” Originally scored for clarinet and four strings, it was subsequently expanded to include horns as well.

In all, Carl Stamitz composed eleven concertos for the clarinet, among them a concerto for two clarinets and one for clarinet and bassoon. Most of these works were inspired by his close friendship with the Bohemian clarinet virtuosos Johann Joseph Beer. Similar to the professional association between Mozart and Stadler, their collaboration produced a number of exceptional concertos and chamber works for the instrument. The F-major Concerto was the most popular clarinet concerto of its day, and it survives in a number of contemporary print editions.

Inspired by Anton Stadler’s exceptional mastery of both the basset horn and the clarinet, Mozart would compose his own masterpieces — the Quintet and the Concerto — for the instrument; I will tell you more about that within the context of Mozart’s final years in Vienna. During his time in Mannheim, Mozart also fell passionately in love with Aloysia Weber. Of course, he also met her sister Constanze, the woman he married only four years later. In our final Mannheim episode we will sample some sacred compositions, and works entirely inspired by opera and by Aloysia.