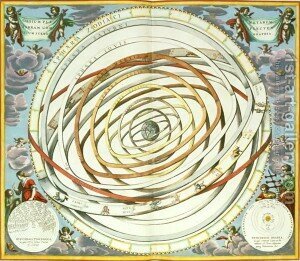 The Harmony of the Spheres

We know the animals and figures of the Zodiac, but how did composers take these on? Mystic composer John Tavener used the birth of his second daughter as inspiration for his work for solo piano, Zodiac (1997). The overtones of the piano and the held pedal come from the ancient Greek concept of the Harmony of the Spheres.

Tavener: Zodiacs (Thalia Myers, piano)
In 1951, Ralph Vaughan Williams wrote his cantata The Sons of Light and it had its premiere on 6 May 1951 with a chorus of over 1,000 schoolchildren. The lyrics were by Ursula Wood, soon to become Ursula Vaughan-Williams, and the cantata as a whole is a clever twist on the creation myth. The central movement, The Song of the Zodiac, celebrates the 12 signs of the zodiac, starting with “Every night of the year there shines | one of the Zodiac’s twelve signs.”

Lunde Jr., 3 Signs of the Zodiac, Op. 97: I. Fast (Wisconsin Woodwind Quintet)
Japanese composer Akemi Naito took an interesting position on the Zodiac in their star forms. Her work Months – Spaceship for Zodiac combines electronics, the Japanese plucked biwa and the oldest book of Japanese poem, Manyoushu (dating from AD 759). 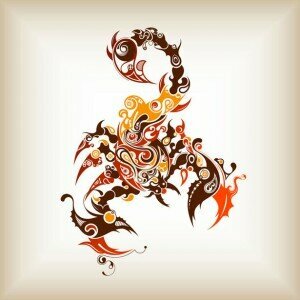 Naito: Months – Spaceship for Zodiac: XI: Scorpio (Jundo Ueda, biwa)
German composer Franz Reizenstein moved to London in 1934 and remained there, teaching at the Royal Academy and Royal Manchester College of Music until his death. Reizenstein took each of the 12 Zodiac signs as the impetus for a set of piano miniatures, each sign being treated a different way. Some are examinations of textures (Taurus), Leo is a polonaise in the Chopin style, and the Crab, Cancer, is an interplay between the hands. Scorpio is a cool fugue.

Reizenstein: The Zodiac, Op. 41: VIII. Fughetta (Scorpio) (Martin Jones, piano)
There are many more works that explore the Zodiac, either as individual signs or as a collective cosmos, but they are most definitely all in the realm of the modern era. Although the Zodiac comes from the first millennium BC, it doesn’t seem to figure in the realm of music until the 20th century. The interesting thing about each composer’s interpretation is how they personify the signs in different ways. They don’t tend to ‘set the sign,’ but rather set their interpretation of the sign, so that it can emerge as an austere fugue, or a wild electro-acoustic world, to take two views of Scorpio as an example.