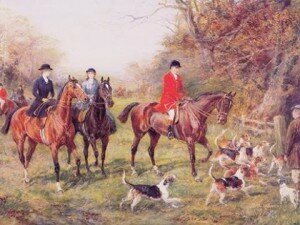 Evolution has given human beings four types of teeth, each with a specific function. Incisors cut the food, canines tear the food and molar and premolars crush the food. Given that kind of evolutionary structure, it seems rather reasonable to assume that the human being is omnivore. Besides crushing and grinding wild berries, we are also perfectly equipped to cut and tear flesh. As such, hunting for survival and nourishment is one of the fundamental and most ancient parts of human behavior. And just as fundamental is an extensive code of musical signals, which relates specifically to the process of hunting. It’s hardly surprising that composers throughout the centuries have utilized this particular musical symbolism of the outdoors. 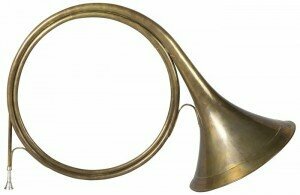 So, let’s get started with a short exploration of the hunting-music genre, and begin with a symphony by François-Joseph Gossec (1734-1829). Active in France, he played a central role in Parisian musical life for more than 50 years, and significantly, founded the Concert des Amateurs in 1769. Supported by public subscription, Gossec conducted a dozen performances of his own symphonies written specifically for this orchestra. Among them was “La Chasse,” which became one of his most popular works. 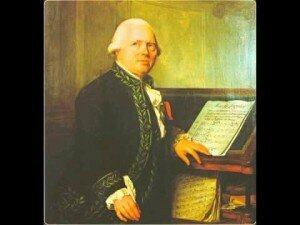 The royal hunt was a well-established institution in early Egypt, Mesopotamia, India, and China. In a greater European context, the courtly “chasse à courre” was a vital component of the prevailing political culture. The hunt was, in fact, the “court out-of-doors, an open-air theater for displays of majesty, the entertainment of guests, and the bestowal of favor on subjects.” Royal hunts featured a large number of participants over vast distances, and therefore necessitated a means of communication. And the “trompe de chasse” was quickly adopted as the standard signaling device in the 17th century. Continued modifications resulted in the development of an orchestral horn and Joseph Haydn powerfully evoked the associations with the hunt as a means of glorifying the court and emphasizing its splendor in his music. The final movement of Haydn’s Symphony No. 73 “La Chasse” is a whirlwind evocation of a hunt. Originally, this movement served as the overture to the opera La fedeltà premiata, and initially sounds relentless hunting rhythms and horn calls. In the lyrical contracting second theme, the trail seems to have been temporarily lost, however, the opening theme suddenly returns and the chase is on once more. Finally, the scent is lost for good and the trail grows cold, and the movement ends in a quiet simplicity. Mr. Fox, it seems, has found a way to escape the hunters! 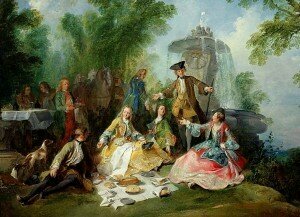 Mozart’s string quartet in B flat, K. 458 is nicknamed “The Hunt” and belongs to a group of six quartets composed in Vienna between December 1782 and January 1785. It appeared in print by Artaria and included an extensive dedication page. Mozart writes, “To my dear friend Haydn, a father who had resolved to send his children out into the great world took it to be his duty to confide them to the protection and guidance of a very celebrated Man, especially when the latter by good fortune was at the same time his best Friend. Here they are then, O great Man and dearest Friend, these six children of mine. They are, it is true, the fruit of a long and laborious endeavor, yet the hope inspired in me by several Friends that it may be at least partly compensated encourages me, and I flatter myself that this offspring will serve to afford me solace one day.” Neither Mozart nor Artaria called the K. 458 quartet “The Hunt.” Yet, for Mozart’s contemporaries the first movement seemingly evoked the “chasse” topic. With its 6/8 time signature and triadic melodies—making reference to the physical limitations of actual hunting horns—it clearly suggested not only a conscious effort to connect with the popular hunting trope, but was a compositional nod to Haydn’s hunting invocations as well. 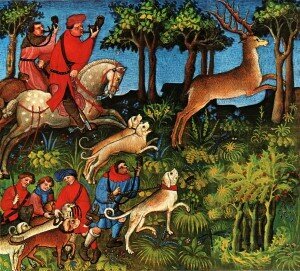 Apparently, French critics appended the nickname “La Chasse” to Beethoven’s Sonata No. 18 in E-flat Major, Op. 31, No. 3. Although there is nothing on the documentary side to suggest that Beethoven was aiming for an evocation of a hunt, the nickname has stuck. In fact, Beethoven wasn’t in a particular bright and happy mood by 1801. What had begun as a slight ringing in his ears around 1789 had progressively turned to partial deafness. He even wrote his last will and testament in the form of a philosophical statement about his art and his physical disability. Eventually, Beethoven took heart and began to self-critically evaluate his compositions. He told his friend Werner Krumpholz, that he was dissatisfied with his earlier compositions, and that henceforth, “he would compose in a completely new way.” Overall, Op. 31, No. 3 emphasizes a much more lyrical and tender side of Beethoven’s craft. However, it is the extraordinary rush of energy flooding into the concluding movement, a highly energetic “Presto” that elicited the hunting nickname. Hunting horns blissfully join this extroverted gallop, and this sonata, which experimented with the customary arrangement of movements, concludes in an entire friendly and upbeat manner. I think the hunting references are a bit thin, but I’ll let you be the judge!