Composers Anecdotes
Works Disliked By Their Own Composers! Part I
by Emily E. Hogstad September 18th, 2017 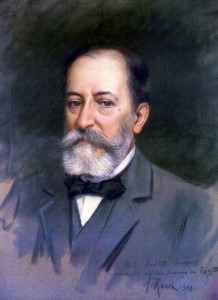 Imagine you spent dozens or hundreds of hours writing a piece of music, but for whatever reason, you’re not satisfied with it. What does it take for you to repress, ignore, or even destroy your own hard work? Here are how three great composers dealt with the problem:

Saint-Saëns – Carnival of the Animals

In early 1886, Camille Saint-Saëns was supposed to be writing his Symphony #3 for organ and orchestra. But he got sidetracked by an amusing personal project, a piece he’d later dub “The Carnival of the Animals.”

The fourteen-movement “Carnival” depicts a charming menagerie of tortoises, elephants, lions, swans, and other creatures. The piece was premiered privately and received warmly.

Saint-Saëns, however, feared that this lighthearted side-project would overshadow his more serious work (like the third symphony). So he chose to keep it under wraps. He died at the age of 86 in December of 1921. As per the wishes in his will, the public only heard the “Carnival of the Animals” in full the following year!

The one exception to his self-imposed “Carnival” ban was his Swan movement, which he arranged for cello and piano and published in 1887. Needless to say, “The Swan” immediately flew into the hearts of music lovers everywhere. 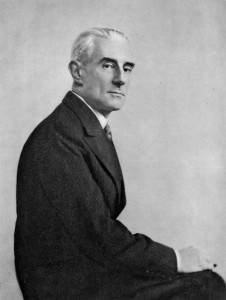 Maurice Ravel was the son of an engineer, and he was ever-fascinated by the process of taking things apart and putting them back together again. So it came as no surprise when one day he sat down at the piano and played a melody for a friend, musing out loud, “Don’t you think this theme has an insistent quality to it? I’m going to try and repeat it a number of times without any development, gradually increasing the orchestra as best I can.”

What began as a technical challenge ultimately evolved into Boléro. Boléro consists of two melodies repeated eighteen times over the course of fifteen minutes. Its most interesting quality (some would say its only interesting quality) is Ravel’s masterful orchestration.

Ravel was perplexed by the work’s popularity, and he fought it by saying withering things. “I’ve written only one masterpiece,” he said. “Unfortunately, there’s no music in it.” Another time he described it as “orchestration without music.” Another, potentially apocryphal, legend goes that at Boléro’s premiere, an old woman shouted that the composer was mad. Ravel replied that she understood the work. 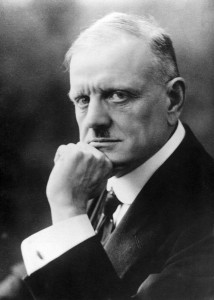 The public was anxious to know everything possible about the eighth symphony’s progress. Sibelius told the New York Times that he had written out two movements and composed the other two in his head. But despite these optimistic updates, and pressure from conductors who wanted to program the piece, a score never materialized.

Sibelius continued the agonizing work throughout the 1930s. Despite the difficulties, he appears to have made good progress. Musicologists and historians have suggested that the piece was larger in scope than any of his other symphonies.

But as time passed, the aging Sibelius realized that he would likely never finish the work to his satisfaction. In fact, the very idea of the eighth symphony had become an unbearable burden to him.

So in the mid-1940s, he took a drastic step and burned a great number of his own manuscripts…a move that his wife reported brought him great peace.

Sibelius died in 1951. The day after his death, his daughter confirmed what music lovers the world over had feared: the eighth symphony no longer existed, if it had even existed at all.