More and more women composers come to our attention in the 17th century. Part of this was the increase in the wealthy middle class that required entertainment and the increasing power taken by women over their resources. 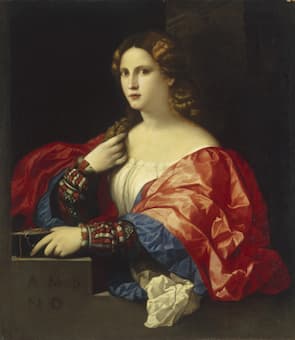 A famous daughter-composer was Francesca Caccini (1587-ca. 1637). She was the elder daughter of composer Giulio Caccini and was the first woman to compose opera. She made her career in Florence working for the Medici family from 1600 to 1627 and again in 1634 to 1637. She first made her name as a virtuosa singer and then as a composer, teacher, and singer for the Medici family. She also worked in Rome for the Orsini family and their circle. Although she was known to be a prolific composer, very little survives today. Her opera, La Liberazione di Ruggiero dall’isola d’Alcina, is thought also to be the first Italian opera performed outside Italy. Its aria for the Siren and the hero Ruggiero is one of the standout pieces of the opera. 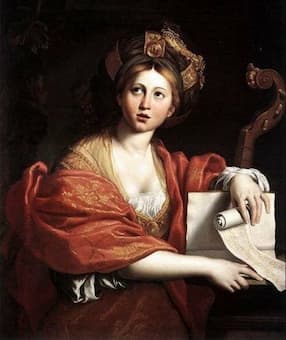 One of the most famous of the 17th-century women composers was Barbara Strozzi (1619-1677). She was the illegitimate daughter of the poet and dramatist Giulio Strozzi and his sole heir. She published 8 books of music and also was a singer in the Accademia degli Unisoni that her father established in 1637. Much of the music she set was written to her father’s verses. Each of her music books, most published after her father’s death in 1652 when she may have needed the money, were dedicated to important patrons, including Ferdinand II of Austria and Eleanora of Mantua; Anne of Austria, Archduchess of Innsbruck; Nicolò Sagredo, later Doge of Venice; and Sophia, Duchess of Brunswick and Lüneburg. She published both sacred and secular music and stands as an extraordinary talent. 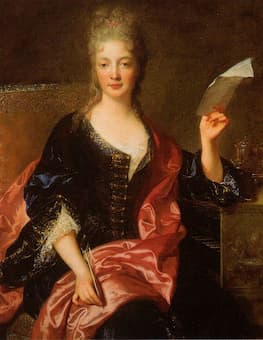 Élisabeth Jacquet de La Guerre (1665-1729) played the harpsichord and composed. Born in Paris to a family of master instrument-makers, she and her siblings were taught by their father. She performed for King Louis XIV at age 5 and eventually became a musician at his court when she was a teenager. She married the organist Marin de La Guerre and did not let her marriage interfere with her career as a teacher, composer and performer. Jacquet de La Guerre was one of the few well-known women of her time. She composed keyboard music, a ballet (now lost), an opera, sonatas and cantatas (forms that had come up from Italy).


Unlike the previous century, 17th century women composers competed on the same ground as men. They were no longer confined to religious spaces for their careers but were employed by the courts or lived with their families. They could be connected to the highest families in the country and publish their own music. The 18th century saw little change in this status.