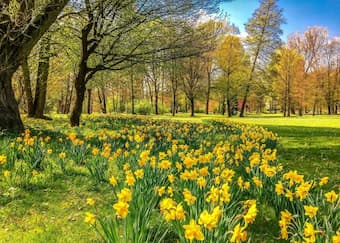 During the war years of 1915 and 1916, Delius looked to older poets for a cheering series. His collection of Old English Lyrics took the poetry of William Shakespeare, and his contemporaries, Ben Jonson, Thomas Nashe, and Robert Herrick, as its inspiration. 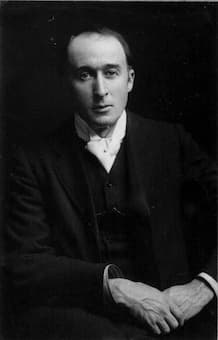 He opens with the Shakespeare (1564-1616) celebration of spring, ‘It was a lover and his lass,’ most familiar to us in its setting by Thomas Morley. Appearing in the play As You Like It, the song celebrates an idyllic rural landscape, much like the setting of the play itself.

In his setting, Delius gives us a more serious opening, focusing on our two protagonists, and then seems to get distracted by the birds and the music seems to trail over the cornfields with them. With the addition of a few more iterations of the ‘hey no ni no,’ Delius gives us all the distractions of the season.

Frederick Delius: 4 Old English Lyrics: No. 1. It was a lover and his lass (Benjamin Luxon, baritone; David Willison, piano)

The poem by Ben Jonson (1572-1637), ‘Have you seen but a white lily grow?,’ here entitled by the last line of the song, ‘So white, so soft, so sweet,’ looks at all the white in the world: the white lily, untouched snow, swan’s down, and so on. Jonson doesn’t just focus on the sense of sight, but also asks the reader to feel, to smell, to taste and realize the white of so much around in nature. Delius’s lyrical setting seems to take us on this sensory journey with the poet.

Frederick Delius: 4 Old English Lyrics: No. 2. So white, so soft, so sweet is she (Benjamin Luxon, baritone; David Willison, piano) 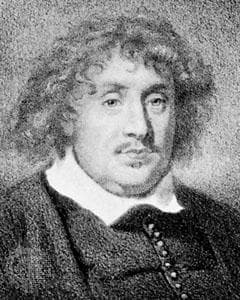 The third poem, by Thomas Nashe (1567-ca. 1601), tells how, of all the seasons, Spring has to be the king. The cold is gone, the birds sing, lambs play in the fields, and young lovers are able to meet as their elders enjoy the sunshine.

Delius’s setting seems to take wonderful joy in the new world that has arrived. Through the poem, Nashe has inserted the sounds of birds, ‘Cuckoo, jug-jug, pu-we, to-wit ta-woo,’ to give us the cuckoo, the nightingale, the lapwing through to the cry of an owl. One writer saw this as a cautionary tale: The man is cuckolded when his wife is wooed by the sweet sound of the nightingale, while the lapwing issues its warning cry, and the owl tells all of the deed. Or, you could see it as a day’s progression of birds, from morning to night.

The last setting, to a poem by Robert Herrick (1591-1674), celebrates, as did Wordsworth, the glorious spring daffodil. The poem mourns their too brief appearance and urges them to stay not till noon but until evening. For the poet, they are symbols of a day’s decay each day – spring vanishes and so will we.

Delius gives it a reflective setting, celebrating the beauties of spring just as they flee before the onset of time.


In these four songs, Delius, choosing from the prime of the 16th century, takes us from an idyllic rural dream world in ‘It was a lover’ to an almost modern sense of loss in ‘To Daffodils.’ When we consider that this was written during WWI, when Delius had to flee France to live in southern England, we can appreciate the depth of feeling that Delius had for a fleeting season.