One of the wonderful signs of spring are the flowers that appear everywhere, sometimes under our feet, forgotten through the long cold winter. 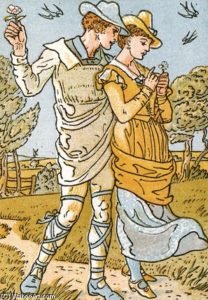 Crane: It Was a Lover and His Lass 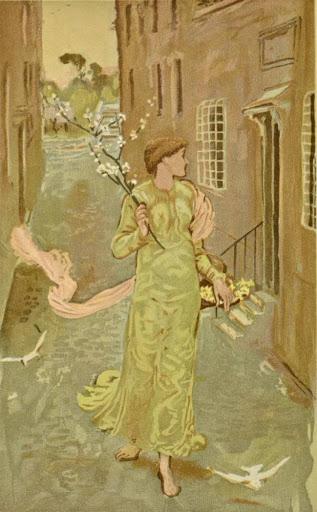 Crane: A Herald of Spring

Delius opens with Shakespeare’s ‘It Was a Lover and His Lass’, which is better known in its setting by Thomas Morley. This is Spring at its most idyllic – and in the rural places where youth runs riot. The song was set in the play As You Like It, a pastoral comedy by Shakespeare written around 1599. Delius’ setting makes us rethink the more familiar jolly Morley version, and get away from all the ‘hey nonny nos’ and focus more on the lover and the lass. It’s almost a distracted setting, with the singer/composer glancing around and changing his style with each new thing his eye alights on.

‘So white, so soft, so sweet is she’ describes a woman but in comparison with a white lily before ‘rude hands’ have touched it. Ben Jonson goes on to compare her to the wool of the beaver, the colour of freshly fallen snow, or swan’s down, and other nature’s tactile pleasures. Delius’ setting is quite delicate, and closes with the title line. Jonson’s original title was “Have you seen by a white lily grow.’


Next is Thomas Nashe’s ‘Spring, the Sweet Spring,’ which calls the season ‘the year’s pleasant king. It goes on to mention all the things of spring: maids dance in a ring, pretty birds do sing, lamb frisk and play, lovers meet and, at the end, we have a set of bird calls, starting with the cuckoo.

Crane: The Advent of Spring

Robert Herrick’s poem “To Daffodils” starts with praise for the flowers’ beauty but at the same time, regrets at how quickly they die away. Herrick is, of course, making parallels with the brief life of man. Through the poem, we start with the ‘early rising sun’ progress to noon, and close with the ‘even-song.’ Delius’ setting is tinged with wistfulness and reflection.


In his settings, Delius gives us all the thoughts of spring from love to regret at the departure of the season. It’s a beautiful way to look at the season.