Artists Interviews
Wandering off the Map: An Interview with Richard Causton
by Maureen Buja July 3rd, 2016 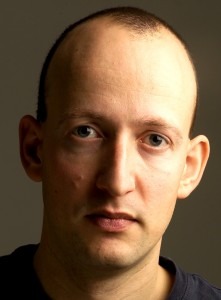 British composer Richard Causton takes an international view of contemporary music: his UK studies were at the University of York and the Royal College of Music, but it was his time in Italy that has most affected his work. He cites as his influences the great men of 20th century music: Stravinsky, Messiaen, Berio, and Stockhausen, but goes on to include French composers of spectral music as his 21st-century influences. In every case, we can see that his models are composers who were in the vanguard, running ahead of current taste that would only catch up years or decades later.

And so it is with his music: he’s a modern composer who wants the audience to come with him as he wanders off the usual musical map. He cuts away unnecessary complexity to create compelling ideas that will bring the listeners up to his level. He takes standard ideas and then changes them so radically that we are forced to rethink our concepts of standards.

His 1995 work Two Pieces for Two Clarinets challenges us to hear the same music via contrasting treatments. The work is made up of the same underlying melody, but the first piece, ‘Grizzly Bear Jam,’ gets that title because of the ferocity driven through its unstable rhythm. The second piece, ‘Song to End Mourning,’ changes the character to that of a fantasia.

Causton: Two Pieces: No. 1: Grizzly Bear Jam (Kate Romano, clarinet)
No. 2: Song to End Mourning
Another of his early works was inspired by Salvador Dalí and by sounds heard in the early morning in India. His 1995 work The Persistence of Memory takes its name from the eponymous Dali painting and the audio landscape comes from the night sounds in Bangalore, India. Waking through the night as he lay ill, Causton listened to workers sounding the night hours. For him, time seemed to stretch and fold back on itself: was it 4:00 or 2:00 or was it 2:00 again? 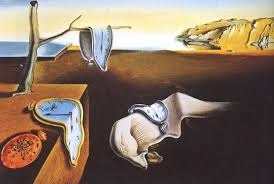 Causton: The Persistence of Memory (Birmingham Contemporary Music Group; Gerry Cornelius, cond.)
One piece in particular that makes us rethink what we accept as standard is his 2002 work for piano and violin, Seven States of Rain. For the majority of works for violin and piano, the interest lies in the violin music, with the piano as accompaniment. Causton, on the other hand, changes that relationship: the piano sounds more like a plucked violin and the violin sounds more like the percussive piano. We can hear the isolated droplets, the growing intensity of the rain, a ‘scintillating shower,’ before we close on the ‘endless, grey rain of an afternoon.’ We lose track after a while of which instrument is playing, so close do the timbres become.

Causton: Seven States of Rain (Darragh Morgan, violin; Mary Dullea, piano)
One of his recent pieces was a work based on Mozart’s Clarinet Concerto. Night Piece (after Mozart) was the result of those rare modern activities: a private commission. Causton does a brilliant job building a modern work (2014) on ideas from 1791. He is able, through the course of this piano work, to build a modern sound world using the extremes of the piano and then, gradually, break it down until the Mozartian melody emerges, have been there all the time, hidden throughout the piece as an unheard substratum.

Night Piece (after Mozart)
Through his work, Causton exemplifies the best of a modern composer. Like Stravinsky, his inspirations come from vastly different places in time. Like Messiaen, the sounds in his environment are an important element of his work. And, like few other composers, he pushes us to catch up with his musical vision.