‘Be True to Yourself’ 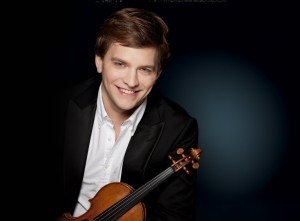 A Bartok concerto in Kiel and Hamburg, a Prokofiev concerto in Hong Kong, a Brahms concerto a week later in Tokyo… 30 year-old Valeriy Sokolov thinks nothing of having these giants of the repertoire at such close quarters. He has performed across the world, in venues including the Vienna Musikverein, Wigmore Hall, Mariinsky Theatre and Lincoln Centre, with orchestras including the Chamber Orchestra of Europe, Philharmonia Orchestra, Deutsche Kammerphilharmonie Bremen, and Tokyo Symphony Orchestra.

I manage to catch up with Valeriy in a brief period of respite before he embarks upon the next leg of this season.

Valeriy started playing the violin at a young age – 5 to be exact, and never looked back. ‘I was very driven by my mother to practice – she was the inspiration behind everything,’ he recalls. At age 13 he left his native Ukraine to study at the Yehudi Menuhin School in the UK with Natalia Boyarskaya, teacher to other violin legends including Alina Ibragimova, Chloë Hansip and Nicola Benedetti. It was a fairly difficult move at the time, but one Valeriy doesn’t regret.

‘It was a dream come true. I saw how other violinists lived and studied outside Ukraine at the Pablo Sarasate Competition when I was 12, and was very happy to start learning properly and to explore a totally new world for me. It was a life changing experience.’

Valeriy has built up an incredible following worldwide, scooping a win at the 2005 George Enescu International Violin Competition along the way. This season, he can be found in Germany, Japan, Ukraine, and Hong Kong (where he appears with the HK Sinfonietta on 31 March) to name just a few. A life on the road has its ups and downs, the musical fulfilment of each concert resting in a delicate balance with the need to stay alert and focused. 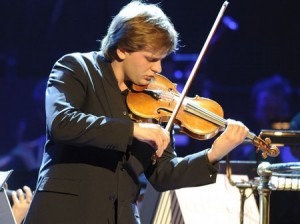 ‘My most favourite thing is of course the great feeling of being part of some process which is larger than you. You never feel left behind as you are fulfilled most of the time. The least favourite is when sometimes you get so tired you stop enjoying it.’

As one of the foremost soloists around today, what advice would Valeriy give to younger violinists wanting to make a career such as his?

‘This advice is what I give myself – those who like it can apply it too! Be true to yourself and to the music. Have less ego and more honest feelings and passion whilst making music… Less social networking, more character and personality’ (Valeriy doesn’t do it at all, and advises others to follow suit).

And not just this; for Valeriy, taking time away from playing is crucial. Apart from having a varied listening playlist (world and baroque are two of his favourites), having a life off the concert platform is something he strongly advocates. ‘I take care of my life and enjoy it by visiting places and people which I miss whilst in very busy periods.’