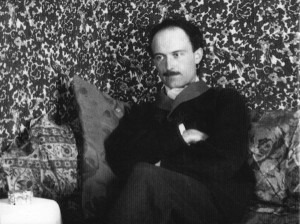 If you think that all classical music has to be deadly serious, let me introduce you to Jacques Ibert (1890-1962). Ibert was a graduate from the Paris Conservatoire who won the coveted Prix de Rome at his first attempt despite having his studies interrupted by World War I. He managed to sum up his general approach and attitude towards music in a few meaningful words: “I want to be free—independent of the prejudices which arbitrarily divide the defenders of a certain tradition, and the partisans of a certain avant garde.” This quest for musical freedom meant the rejection of the two artistic trends that dominated the French musical scene at the turn of the 20th-Century, French Impressionism and German Expressionism. Instead, in his own musical compositions, Ibert revived the balance and clearly perceptible processes of earlier musical styles, recasting them in contemporary and highly personal terms.

In fact, Ibert only agreed to write music that he was happy to listen to himself. Composed in 1934, Ibert’s flute concerto is dedicated to the great French flautist Marcel Moyse. As such, it is not surprise that it is considered one of the most difficult pieces in the flute repertoire. As with many other Ibert compositions, he manages to incorporate an eclectic number of musical styles, ranging from Mozart and Wagner all the way to Stravinsky. The flute concerto is no exception. “All systems are valid,” he said, “provided that one derives music from them.” At the heart of the French flute tradition are pace, tempo and suppleness of tone. And Ibert combined them with a high degree of musical charm that speaks directly to the great majority of listeners. It is said that Ibert had a smile on his lips when, in a hotel in Marseilles, he heard a radio broadcast of the first performance of the work from Paris in February 1934. Concordantly, the first movement is elegant and exudes classical poise, while the slow movement sounds an extended reverie with a passionate climax. And a French commentator described the concluding “Allegro Scherzando” as “a blast of fireworks suspended in mid air.”
Jacques Ibert: Flute Concerto