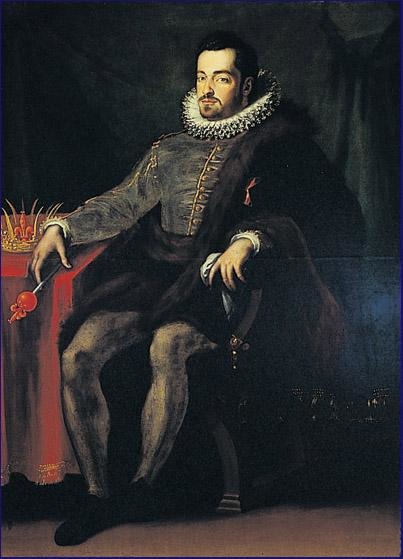 For most of us — and I have been down the aisles twice — weddings tend to be rather jolly affairs; amongst much food, drink and pageantry, a varying number of relatives and friends come together to witness the ritual joining of two people. At the end of the day, variations in procedure, course of action and cultural differences none withstanding, everybody goes home and the happy couple embarks on their honeymoon. Things can be slightly elaborated when very important people get married. Take for example the 1589 wedding of Grand Duke Ferdinando de’Medici to the French princess — his distant cousin — Christina of Lorraine in Florence. The union was celebrated by an entire month of elaborate pageantry that required a full year of preparations. It was a landmark event in “Renaissance art and architecture, theater, music and political ceremony that mobilized the combined artistic intellectual and administrative forces of Tuscany at the zenith of its wealth, power, and cultural prestige.” 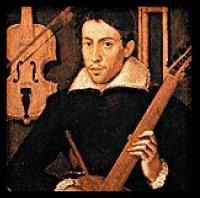 During the Renaissance, as you know, Italian city-states were essentially ruled by extended families that fiercely competed with each other. Florence, for example, was under the influence of the Medici Family, who sponsored some of the best musicians, artists and scholars. The Este family governed Ferrara, the Sforza’s headed Milan and the Gonzaga family ruled Mantua. Did I mention that during the famed 1589 wedding there was much music? You see, the theater of the Renaissance staged tragedies and comedies, and in accordance with ancient Greek practices, choruses were sometimes sung at the opening or the ending of an act. Between acts, pastoral allegories or mythological interludes were performed. These so-called “intermedi” — essentially an important predecessor to opera–originated in Ferrara at the end of the 15th century, and Isabella d’Este famously remarked that “they were much more interesting than the boring commedia.” In due course, they became increasingly popular with critics suggesting that the theatrical play had begun to serve as an intermedio to the intermedio. 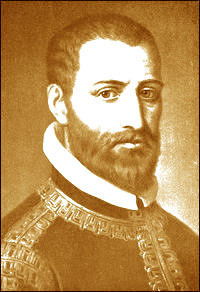 On important state occasions, such as the 1589 wedding, these intermedi were spectacular and elaborate musical productions, with choruses, soloists, and large instrumental ensembles. However, these intermedi were much more than simple entertainment; they served to emphasize the grandeur and solidity of Ferdinando’s rule. As such, the Uffizi Theatre in Florence staged Girolamo Bargagli’s play La Pellegrina (The Female Pilgram), it’s acts separated by six intermedi. Each intermedio had its own plot, but all illustrated the power of music. In the first intermedio harmony descends to earth, accompanied by the Sirens, the Fates and the Planets, all celebrating the royal couple. A singing contest judged by the Muses and the battle between Apollo and the Serpent are the subjects of intermedi 2 and 3. A sorceress asks the spirits when Jove will send his blessings to earth in intermedio 4, while Amphitrite rises from the ocean depths accompanied by Sea Nymphs in intermedio 5. The final intermedio sees Apollo and Bacchus descending with the gift of rhythm and harmony. It goes without saying that the greatest Florentine composers collaborated on the music, including Luca Marenzio, Cristofano Malvezzi, Giulio Caccini, and Jacopo Peri — names we would soon associate with the rise of opera. 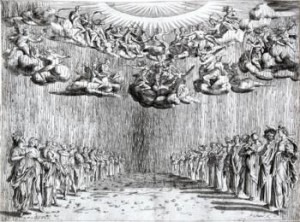 The entire show was produced by the Roman nobleman Emilio de’ Cavalierei and directed by the Florentine count Giovanni Bardi. And the solo arias were sung by the most famous soprano of that era, Vittoria Archilei. Much of the music was scored for large choral and instrumental forces, numbering 30 and 41, respectively. Add lavish costume and stage designs as well as spectacular theatrical effects, including aerial ballets, the wedding spectacles cost approximately fourteen million pounds in today’s currency. Luckily, Christina’s dowry included 600,000 crowns in cash and jewelry worth 50,000 crowns, and eventually also the duchy of Urbino. Not sure if it turned out to be a happy marriage, but the process of getting there was certainly unforgettable!