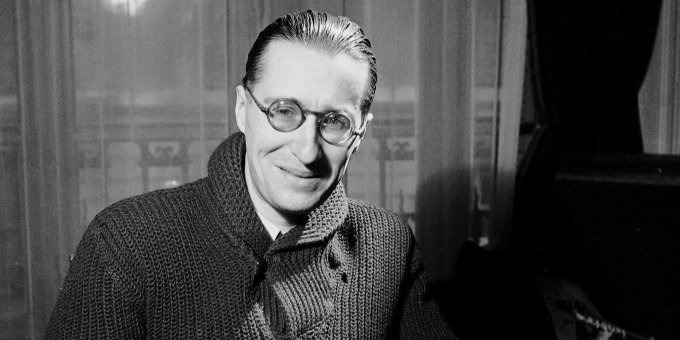 Theme and variations for Clarinet and Piano
‘You should learn his Theme and Variations’, said my teacher. I was never a fan of variations, but Françaix’s take on the form changed my view of them quite a bit. (I also, in the meantime, discovered Beethoven’s Diabelli Variations and Chopin’s Op.57 Berceuse, making me realise there is hope for variation form yet. But anyway – back to the story.) Jean Francaix was one of those composers I’d always heard of, but never really heard. Learning one of his pieces set me off on a journey of discovery, finding a truly individual voice of the 20th century. I mean ‘journey of discovery’ in the least new-age sense possible; it was more that the Theme and Variations was the first piece of many that I came to know and love by Françaix.

Octet
Françaix’s style is characterised by a certain lightness and gaiety. It always feels sophisticated, and the beautiful thing is that you can always tell it’s Françaix. Whether it’s in his homage to Schubert in his Octet (one of the best pieces of 20th century chamber music), his innovative textures in his Wind Quintets or his intimate, scurrying rhythms in his Scherzo for solo piano, he finds a way to put his stamp on what you hear. 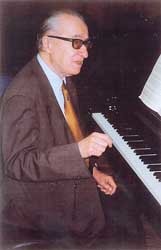 I think perhaps a bit of my love of Françaix stems from the fact that he wrote so much music for winds, and given our comparative lack of repertoire to, say, the violin or piano, when something decent comes along you tend to grab it and never let go. It’s true, though, that Françaix was prolific in general; he wrote numerous ballet scores and concerti (including one for accordion and orchestra), as well loads of chamber music for all kinds of weird and wonderful combinations. Oh, he also wrote 5 operas to boot.
I’m strongly resisting the urge for this to become a rant about how no-one appreciates Françaix. The main reason for this is that people do appreciate him – I think… His chamber music is some of the most fun to play, and the most fun to listen to. However, this is where I hit a brick wall slightly, and found a potential reason for why he’s viewed in the way that he is. I got thinking, and concluded that composers such as Françaix aren’t as well ‘liked’ or ‘respected’ by the Establishment.

That’s my theory, anyway: and it doesn’t just rest with Françaix. There are others, including Malcolm Arnold and Darius Milhaud, who hold a less ‘serious’ stance within the world of classical music (although, when you write pieces like this, it isn’t hard to be seen that way!). However, the danger doesn’t come with viewing them as being lighter in style – the pitfall is understanding this lighter style to mean ‘compositionally inferior’. Many of Françaix’s works are both harmonically and contrapuntally complex, but because this complexity hides under the veil of an often-comic surface texture, the appreciation of this aspect of the music is lost, or worse, mistaken for something designed to generate a cheap laugh.
Of course, it would be wrong to say that Françaix’s music holds the same emotional immediacy as works by Beethoven and Chopin (to me, at least), but is that what he was going for in the first place? Should that be the only criterion we use to judge music as being ‘good’?
People write music for all kinds of reasons. Sounds obvious, I know, but if you take what is perhaps Françaix’s most famous quote – that his music exists to ‘give pleasure’ – you get an idea of why he wrote in the style that he did – and what a brilliant style that is. Françaix’s music is living proof of how you can put a smile on someone’s face without resorting to vacuum cleaners and floor polishers to make people laugh. His humour is always witty, told with a dry smirk, never outlandish, never exaggerated. Yet he contrasts this joking with a warmth and beauty that few composers can equal.