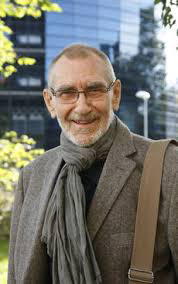 It is with great sadness that we report the passing of Estonian composer Veljo Tormis. Regarded as one of the most prolific and most innovative choral composers of the 20th century, he ceaselessly kept alive the memories of ancient peoples along the shores of the Baltic Sea whose cultures and languages have long since died. His hauntingly beautiful a cappella compositions are deeply rooted in Estonian and Balto-Finnic folk music traditions and include folkloric and shamanistic elements. He famously stated, “It is not I who makes use of folk music. It is folk music that makes use of me!” Tormis received his formal musical education at the Tallinn Music School, and following World War II, from the Tallinn and Moscow Conservatories. Initially he wrote a good deal of symphonic music, about 35 film scores, and even an opera.

Increasingly, however, he began his research into ancient forms of music making. For Tormis, “all music begins with words,” and he composed well-over 500 choral works exclusively for the human voice. His colorful, almost orchestral style of writing for voices is always remarkable, to say nothing of his skill at creating tensions with the cumulative, seemingly monotonous repetition of ancient folk tunes. During the days of Soviet censorship, a number of his more politically provocative works were banned, but his compositional voice could never be silenced. Considered a national icon in Estonia, and more popular at home than his compatriot, colleague and student Arvo Pärt, Tormis gained an international following with his 1972 composition Raua needmine (Curse Upon Iron.) A compilation of Kavevala verses, Finnish incantations, and free poetic text, the chant tells the story of how iron was found, how it was made strong, and how it finally turned evil. According to ancient belief, knowledge of the origin of a thing—calling an evil by name—will give power over it. Invoking ancient Shamanistic traditions to construct an allegory about the evils of war, the composition features extended chanting accompanied by a traditional shaman drum, with complex harmonies gradually building towards a powerful final explosion of dissonant clusters. More recently, his works have been performed worldwide, and he received commissions from a number of pre-eminent a cappella groups. Following his 70th birthday in 2000, Tormis announced that his life’s work was done and that he would compose no more music. Since then, he has remained active, editing and revising his extensive oeuvre.