Blog
The Violin in Your Pocket
by Maureen Buja June 12th, 2022

One of the most exquisite of the stringed instruments were the little violins that were designed, it is thought, to fit in a pocket. Its name, pochette, is French for ‘small pocket.’

Intended for adults, despite their compact size, these pochettes were held against the chest or against the upper arm and played with a short bow. The style can be seen in an engraving by the Swiss illustrator Tobias Stimmer. His woodcut series on The Ages of Women included a pochette player in the ‘Youth’ picture, which shows a girl of 10 and a young lady of 20 years. 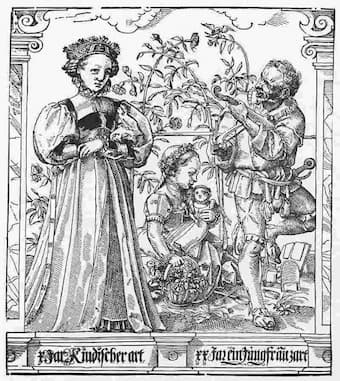 Tobias Stimmer: “The Age of Women,” at the age of ten and twenty years

These pochettes were long and narrow, without the waist you expect on a violin. The need for the waist on the violin is so that the violin bow can reach all the strings, which are held up on a curved bridge. A pochette is so narrow that the waist isn’t needed – and in fact are called boat-shaped for this design. Note the decorative lions head on the top of the violin at the scroll. 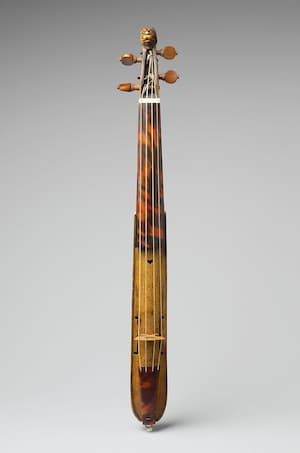 
A book such as Thoinot Arbeau’s Orchésographie (Langres, 1589) was a guide to late 16th-century French social dancing.

When the pochette was in the shape of violin, then it took the name of a kit violin. The ‘kit’ may come from a further reduction of the word ‘pocket’ to its final syllable. Another explanation is that these instruments often were protected in a leather pocket or leather bag, a kit bag. Luthiers as famous as Stradivarius were known to have make these instruments and two of Stradivarius’ survive today. This instrument has the nickname ‘Clapisson’ because it was owned and used by the French composer Louis Clapisson in his opera Les Trois Nicholas, an opera-comique written in 1858. This instrument is unusually long for a kit violin but follows paper patterns from the Stradivari workshop. 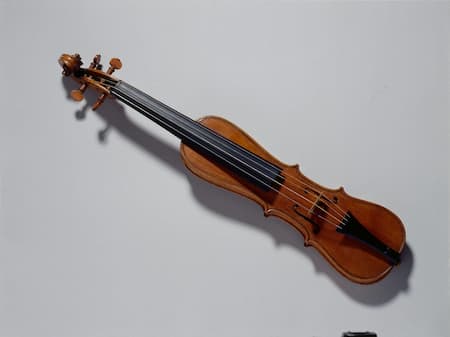 
A more typical proportion for a kit violin is shown in this pochette d’amour held at the Royal College of Music in London. This 4-string instrument has a longer neck than the Stradivarius but also has more strings. The player plays the 4 regular strings just as on a regular violin, but there are an additional four strings, known as sympathetic strings, that resonate when the main strings are played. You can see the additional strings attached at the scroll at the top of the instrument. This Italian instrument was made around 1765 by Giovanni Battista Genova in Turin, Italy.


Another pochette, this one held in the Germanisches National Museum, comes at the same time period and is in the classic ‘sardino’ or boat shape. This instrument again has the sympathetic strings, making it another pochette d’amour. When seen in profile, the smallness of the instrument can be appreciated. 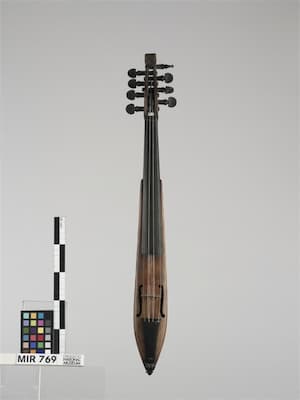 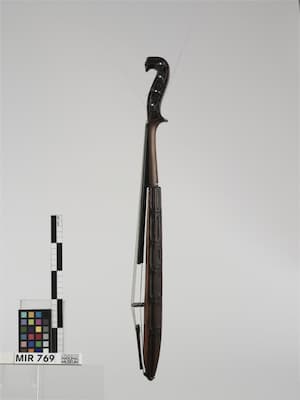 In England, John Playford came out with his book on English country dances, The English Dancing Master (London, 1651). The book was shore and oblong and designed to be slipped into a pocket (similar in design as the pochette), for consultation by the dancing master when needed.

Three paintings by the Le Nain brothers show children with pochettes. Antoine, Louis, and Mathieu Le Nain created genre paintings of French peasants, shown as poor and humble but with dignity. The three brothers did not individually sign their paintings and it is thought that each may have contributed to the final work. This picture, though attributed to the elder brother, Antoine, is thought to have had the poses and clothes done by the next younger brother Louis. 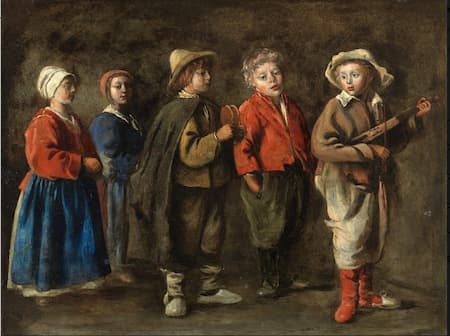 In this Le Nain picture, we see how low the pochette could be held. 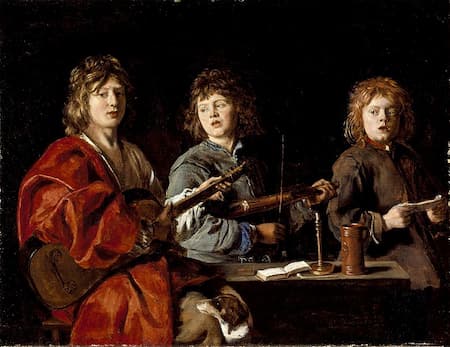 And in this Le Nain picture, we see the instrument once again. 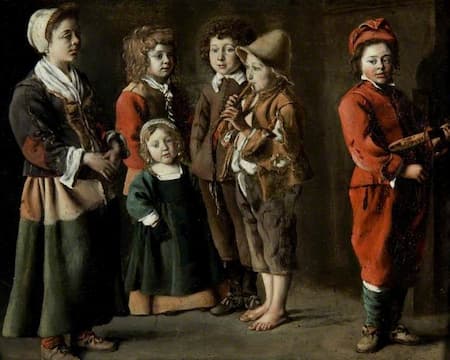 
These instruments quickly found their way into collectors’ hands – anything this small and beautiful will have a following. And, to meet those collectors, instruments were also created where the idea of decoration came to the fore. This beautiful pochette was made in Hamburg in 1679 by Johannes Tielke. The boat-form is the common pochette form, but the material used for the instrument is made of cypress and ivory. The instrument is further decorated with coloured glass that has been cut in the style of jewels to look like sapphires, rubies, emeralds, etc. 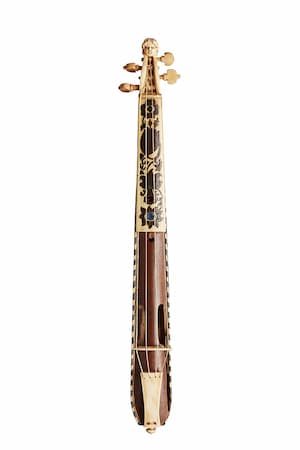 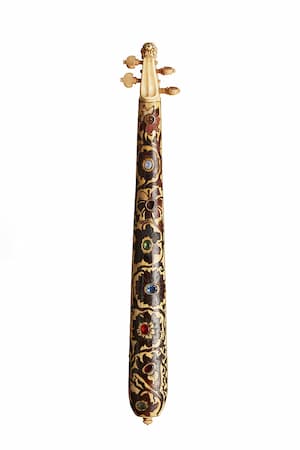 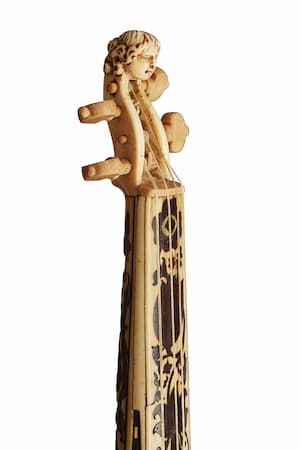 
The music for these instruments is the same music for the violin that would have been played by dancing masters. These travelling players could readily perform for dances, playing from memory and not requiring instruments that were very loud when playing in small rooms. The small size of the pochette and the kit meant their sound wasn’t very loud, but for intimate entertainments, they were perfect for the job.