Composers Anecdotes
The Nature of the Elements
Bruce’s The North Wind Was a Woman
by Maureen Buja March 5th, 2020 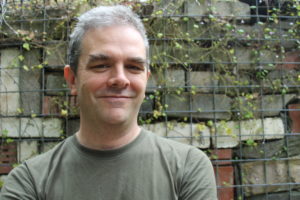 What if we go back in time to when the world around us was made of personified elements? In Baroque opera, ideas were often personified, as in Monteverdi’s L’Orfeo, Music herself gives us the Prologue. In Purcell’s Dido and Aeneas, we have a chorus of cupids, representing Love. Yet, when we take up the elements, such as the Wind, we’re taking on something truly monumental in size.

In his song cycle, The North Wind Was a Woman, British composer David Bruce takes up the idea of personified elements and presents them in ways that convey their vastness.

The first song, ‘The Snow is Completely Without Hope,’ is about the despair of Snow, which can only weep frozen tears and can only ‘paint you white, I paint you dead’ when it attempts to rescue the traveler.

Bruce: The North Wind Was a Woman: No. 1. The Snow is Completely Without Hope (Nora Fischer, soprano; North Wind Ensemble)


The North Wind loves but her lover loves her no more. When they were in love, they danced but now the North Wind can dance only with detritus: newspapers, leaves, and dust. Unrequited love makes the North Wind ‘rattle your windows’ and ‘bang at your doors.’


Night is both melancholic and mysterious – Night quietly comes to make you forget about the troubles of the day, and to bring back memories of star-filled nights and your mother, ‘lean on me and rest…’

No. 3. The Night Wants You to Forget


The craziness of the moon – remember where the word ‘lunatic’ comes from – threatens all. The Crescent Moon is a knife. It is steel, it wants to kill, ‘and one night soon, I will. I will.’ The last moon-struck character we met was Schoenberg’s Pierrot Lunaire, but even he wasn’t this crazy.

No. 4. The Crescent Moon is a Dangerous Lunatic


In the final song, the Mountain speaks of its ‘only friend through all the years,’ the night sky above. All the world is reflected in this friend and ‘In her darkness I feel small again.’

No. 5. The Mountain Shares her Solitary Dreams

These aren’t your usual songs of lost time and lost love – these are songs of the centuries. Each element, the snow, the wind, the night, the moon, the mountain, will ‘live’ forever. How do we capture that point of infinite time?

The singer, Nora Fischer, has a repertoire that ranges from Monteverdi to yesterday. She’s sung with Yo-Yo Ma’s Silkroad Ensemble and at the Dutch National Opera. Her range in these songs takes us beautifully from the sorrow of the Snow to the stark lunacy of the Crescent Moon.