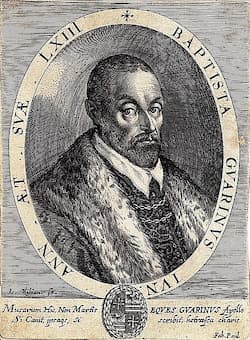 Tirsi wanted to die,
looking into the eyes of the one he adored,
when she, who burned for him with equal desire
said to him, “alas, my beloved,
oh, do not die yet,
for I wish also to die with you.” 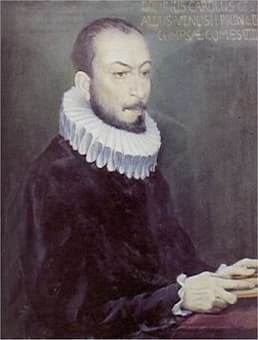 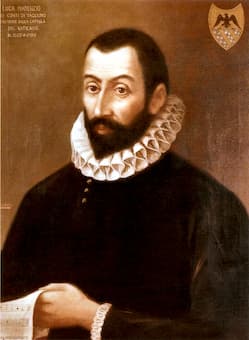 Tirsi restrained his desire
which had already almost ended his life;
but he felt death in being unable to die,
and whilst he fixed his gaze
on those beautiful divine eyes
and drank the nectar of love,
his beautiful nymph sensing
Cupid’s early messengers nearby,
said with a languid and trembling gaze,
“Die, my love, for I too am dying,”
to which the shepherd replied:
“And yes, my sweet, I am dying.”
Thus, the happy lovers died
a death so sweet and so pleasant,
that, to die again, they returned to life. 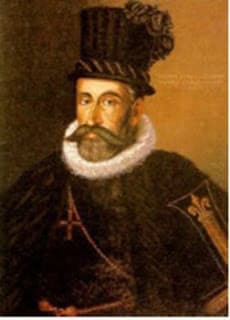 Scholars have suggested “early modern medical writings prescribed the necessity of simultaneous orgasm for procreation, and Guarini reinscribes this necessity as idealized sexual behavior. His nymph signals her readiness for orgasm by telling Tirsi to climax in a verse that emphasizes mutuality.” The notorious Carlo Gesualdo (1566-1613) divided the poem into two parts, and he predictably pays close attention to the relationship between music and text. Gesualdo even alters Guarini’s poetry, but his interweaving and tightly hugging chromatic lines are unmistakably vivid and descriptive. Andrea Gabrieli’s (1533-1585) setting also features five voices, however, his voices are essentially divided into two choruses. In the early part of the piece the second chorus predominates, but as with most polychoral pieces, it ends with the participation of both choruses. Gabrieli’s setting is exceptionally bright, regaling in the joys of nature and love. He completely stays away from “unusual chromaticism, harmonic wanderings, or complicated rhythms.”


Luca Marenzio (1553/4-1599) arranges the poem to fit a particular harmonic trajectory. The opening E-major chord stands for the wish to die, “expressed by both Tirsi and his lover, but they will not manage to get their act together for a cadence on A until the conclusion of the second part.” In two specific instances, the music is stranded on that yearning E major chord; first when the Nymph begs Tirsi to wait for her, and then when they decide to start up their passion again. With A as the desired point of arrival throughout, Tirsi struggles desperately to “delay the imminent climax.” 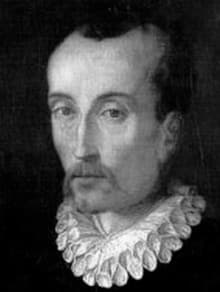 Marensio’s setting became rightfully famous by placing the heat of passion into a rather somber motet-like setting. One year later, Giaches de Wert (1535-1596) published his setting of the poem, but he took a completely different route. Composed for seven voices, it becomes a quasi-theatrical dialogue; with the bottom four voices functioning as narrators and Tirsi, and the top three voices for the nymph. In his setting, he focuses on dramatic declamation, which at times seem almost comical. As listeners, we are invited to witness the “sly humor and rapid-fire temporality required by the theatre.” Early scholars were rather shocked by the text, claiming “it to be more obscene than the coarsest mascherata, the most suggestive canto carnascialesco, or the most impertinent chanson.” To be sure, Guarini’s poetry lacks the deep feeling and excessive emotionalism associated with courtly poetry. However, “it was precisely this quality which commended it to a variety of vivid musical settings.”