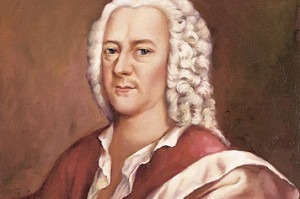 For one reason or another, scholarship has been unable to ascertain the exact number of children sired by Georg Philipp Telemann (1681-1767). This numerical uncertainly—not all together uncommon in the history of humankind—has clearly been exacerbated by the user-generated content published on the Internet. If you don’t believe me, do a quick search and you likely come up with more conflicting numbers than are habitually reported by current news journalism. Before we lay blame on scholarly negligence, lack of documentary evidence or the unbridled enthusiasm of countless well-meaning minions in the service of music history, we should realise that this confusion originated in persistent rumours regarding Telemann’s second wife, Maria Katharina Textor. But we really should start from the beginning!


In 1704, Telemann was appointed Kapellmeister at the court of Count Erdmann II of Promnitz, located in the city of Sorau—presently named Żary and situated in Poland. Once he arrived, he quickly fell in love with Amalie Louise Juliane Eberlin, the lady-in-waiting to the Countess of Promnitz. Amalie was the daughter of Daniel Eberlin, a swashbuckling mariner, librarian, music director, composer and theorist, who discovered 2000 ways to tune a violin. By 1706, the “Great Northern War” between Russia and Sweden forced Telemann to flee Sorau, and he accepted an appointment as Kapellmeister to the court orchestra in Eisenach. However, during summer holidays he kept returning to Sorau, undoubtedly to compose some more overtures and to engage in a bit of sweet music making. During a short trip to Sorau in 1709, the couple was eventually married and soon thereafter departed for Eisenach. However, the marriage only lasted 15 months, as Amalie died shortly after giving birth to their daughter. Telemann was devastated, and in a highly personal and therapeutic endeavour to cope with his loss, penned and published Poetic Thoughts in 1711.

However, Telemann was also pragmatic, and he quickly applied for the vacant post of director of music in the city of Frankfurt. By March 1712, his application had been approved, and he packed up his daughter and relocated to the city of Frankfurt. While he was busy composing cantatas for various Frankfurt churches, he apparently hired Maria Katharina Textor—the teenage daughter of a local town clerk—as his maid. By 1714, with Maria having reached the mature age of 16, the couple was married. This marriage secured Telemann not only a stepmother for his infant daughter; it also allowed him to become a citizen of Frankfurt. In the following years, the couple moved to Hamburg and Maria busily gave birth to a large number of children. Rumours of Maria’s extracurricular activities—inspired by a highly public affair with a Swedish military officer in 1724—began to circulate throughout Hamburg society. Local newspapers published detailed accounts of Maria’s social outings and romantic conquests, and Telemann was mercilessly mocked as the aging, senile and scorned husband. The composer, in turn, responded artistically to these insults, by composing a comic opera aptly named Die Ungleiche Heirat zwischen Vespetta und Pimpinone oder Das herrschsüchtige Kammer Mägdchen “The Unequal Marriage Between Vespetta and Pimpinone or The Domineering Chambermaid”. This comic intermezzo—first performed between acts of Handel’s Tamerlano in 1725—recounts the timeless story of a young chambermaid who marries her old employer, and in due course completely dominates the relationship. Telemann’s ironic mirror of his own marital situation was highly successful and paved the way for various compositions on that particular theme, especially Giovanni Battista Pergolesi’s La serva padrona (The maid as mistress). For all intents and purposes, however, adultery was not the only vice plaguing Maria. Apparently, she also had a liking for lavish jewellery and fancy dress, and a serious addiction to gambling. By 1735, Telemann was presented with a bill for more than 5000 Thalers, which threatened his publishing company. According to lore, the citizens of Hamburg took up a collection in order to save Telemann from bankruptcy, and the composer sent his wife back to her relatives in Frankfurt.

In 1740, Hamburg’s famed composer and theorist Johann Mattheson published an interview he had recently conducted with Telemann. When confronted with a question regarding his offspring, Telemann assertively summarized: “I have seven sons and two daughters. Of these, two sons are deceased so that I still have five sons and two daughters who are still living”. In the end, of course, Telemann was certain as to how many children he had raised and accepted as his own, and we might do well to accept his word as the final answer.