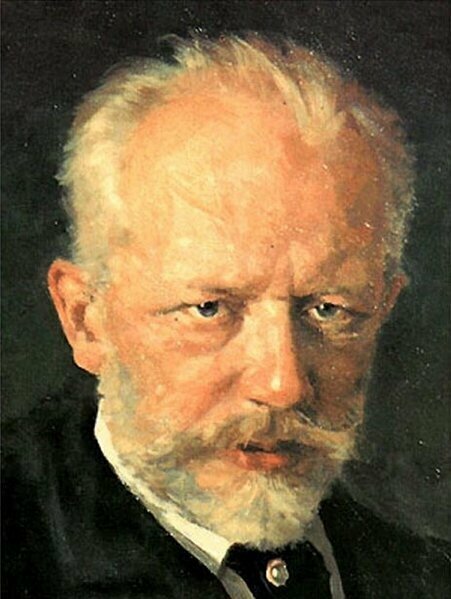 Pytor Ilyich Tchaikovsky’s (1840-1893) died a mere nine days after conducting the première of his final composition.

Composed between February and August 1893, his Symphony No 6 was first given on 28 October of that year. His sudden death has become the subject of numerous myths and speculations. Fact is, that Tchaikovsky drank a glass of cholera-infested water at the height of an epidemic. As a result, the disease quickly claimed the life of one of Russia’s most famous composers. It is not clear, however, whether Tchaikovsky made a simple mistake ingesting the poisoned water — as official sources would have us believe — or whether the composer consciously took his own life? Neither scenario appears to be entirely accurate, as the composer was presumably pressured to commit suicide.

Tchaikovsky’s sexual exploits, particular his numerous affairs with male students relied upon the discretion of various people. Living in constant fear that his real inclination might be exposed to the Czar — officially he was married to a former female student, but was so horrified by his wedding night that he tried to drown himself — his schoolmates pressured the composer into suicide. Regardless, Tchaikovsky viewed the “Pathétique,” a sobriquet suggested by his brother Modeste, not as an autobiographical foreshadowing of his impending demise, but considered it his finest achievement. 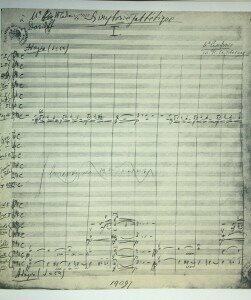 A solemn bassoon solo, accompanied by gloomy strings provides the slow introduction to the first movement. This angular motif gradually metamorphoses into a full-blow theme, sounded in the strings. Skillfully orchestrated, the theme is extended and undergoes a deliberate process of modulation. This initial agitation gradually subsides and gives way to a flowering theme — one of Tchaikovsky’s most notable melodies — assigned to the strings. This sighing melody dominates much of the remainder of movement, as it returns in a variety of instrumental guises. The development opens with a fortissimo passage that eventually gives way to a brief trombone chorale, and the restatement of previous themes. The “Allegro con grazia” movement presents a typical courtly and pulsating waltz. However, Tchaikovsky cast this movement in the unusual 5/4-time signature, and even suggested the nickname “limping waltz”. The contrasting trio meanders aimlessly in the minor key, before the open waltz tune — sporting a different orchestration and various harmonic endings — makes it customary return. A vigorous brass march, which incessantly builds over a restless background of strings, often prompts spontaneous applause from the audience. The most innovative feature of this symphony, however, is found in the concluding orchestral lament. Musically and aesthetically it returns us full circle to the brooding sentiments introduced in the first movement. Arnold Schoenberg observantly suggested that this symphony “starts with a cry and ends with a moan.”

When the symphony was performed a second time during the following week, a bust modeled after the composer’s death mask was prominently displayed. Almost prophetically, and signaling the end of one era and the beginning of another, the eleven-year old Igor Stravinsky was in the audience.