Opinion
From the old to the new with Neoclassicism
by Oliver Pashley January 28th, 2014 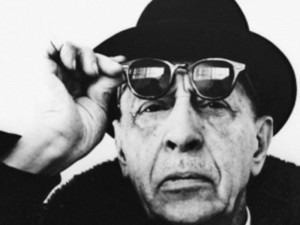 People often think that the music of the twentieth century lost direction – it certainly at least changed direction, and it’s possible to see a huge splintering of styles in this period of massive change. However, along with all the loud crazy stuff came styles such as neoclassicism, perhaps one of the century’s most accessible genres.

This accessibility comes from the fact that it drew (by and large) on the classical style for inspiration, something that had, in a way, been tried and tested beforehand (and then gradually obliterated during the nineteenth century).

With this said, it wasn’t a simple case of copying the style of Mozart and Haydn. It was more the concept of taking elements of the style in general and putting a twentieth century spin on them.

So, what am I talking about? 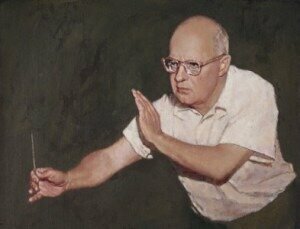 One of the main features of this music you can see straight away is the comparative ‘order’ it has when compared to other, less tonal styles. While it is true that the whole concept of serialism relies on imposing an order on your notes, neoclassical music’s order can often be seen on a larger scale, by, for example, using a classical form for a movement, therefore controlling the proportions of your sections, rather than controlling each individual note.

A good example here is Prokofiev’s Classical Symphony. Apart from the obvious debt to the classical style in the name, the first movement follows a conventional sonata form structure, a hallmark of the classical style, and the instruments he uses are straight out of a Haydn symphony. 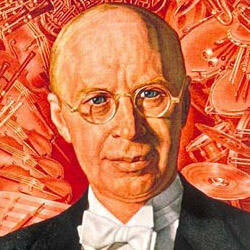 However, you wouldn’t mistake hearing this as Haydn. Although the form and instrumentation are very ‘classical’, Prokofiev explores many more tonal centres than just a simple tonic/dominant opposition (as you’d find in a work from the eighteenth century) and the character of the music itself is often a lot more supercharged than a classical symphony – think of Haydn after a couple of double espressos and you’re on your way to imagining how the last movement of this piece sounds. Although the piece itself is consciously written in the style of Haydn, rather than being a simple pastiche (imitation) of the classical style, he uses classical forms as frame in which he creates a strongly individual compositional voice.

Similarly, Stravinsky’s Symphony in Three Movements uses classical forms, but with a more modern instrumental lineup, including harp and piano. Stravinsky too lets rip in his own unique way – but always with a nod to the past.

One of the most important (and often overlooked) neoclassical composers was Paul Hindemith. Whereas Stravinsky and Prokofiev (arguably) moved through ‘phases’ of neoclassicism, Hindemith was pretty committed to it from the outset, resulting in some particularly interesting, quirky, and charming works. His duos for clarinet and double bass (with the particularly tongue-twisting title of Musikalisches Blumengärtlein und Leypziger Allerley) pay homage to smaller forms of the past, with each of the ten movements lasting no longer than one minute.

With all the innovation and experimentation in other styles of music in the early twentieth century, it’s not hard to see why some saw neoclassicism as a musical regression, as a move backwards through musical history. However, it was as much an individual musical style as serialism, its skill coming from how people drew inspiration from the past and using it to make a synthesis of new and old ideas.