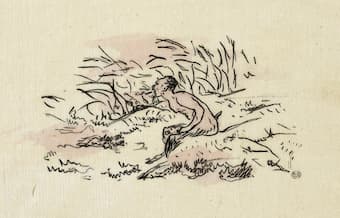 In the late-19th and early-20th century, the flute rose on the solo stage, largely through the efforts of French flutists such as Georges Barrère (1876-1944). His career started with a solo in one of the most innovative works of Claude Debussy, his Prélude à l’après-midi d’un faune. The languorous flute opening was the perfect introduction to Debussy’s reading of Malarmé’s poem “L’après-midi d’un faune.” 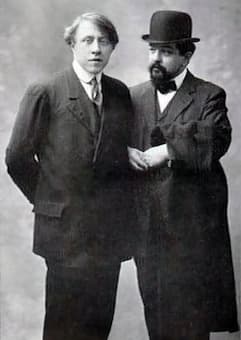 Debussy’s piece received its premiere at the Société Nationale de Musique concert on 22 December 1894. Barrère, the soloist, became integral to the programming of flute music in France. He advocated for new music everywhere, both as a performer and as an organizer. His fame as the center of new music can been seen in the fact that he never commissioned a work – he requested works from composers and, as one writer noted, “He asked for new works, inspired them, promoted them, and did everything but pay for them.” Through his career, he presented more than 150 premieres and 50 pieces bear dedications to him. Barrère left France in 1905 at the invitation of Walter Damrosch to play in the New York Symphony Orchestra, which later merged with the Philharmonic Society of New York to become the New York Philharmonic Orchestra we know today. Barrère played with the orchestra until his death in 1944.

André Caplet (1878-1925) was one of the composers who responded to Barrère’s call for music. He was a close friend of Barrère’s and Debussy’s and we know his name now mainly through his orchestrations of Debussy’s works, such as Children’s Corner and Clair de lune from Suite bergamasque.

The Petite Valse of 1897 was one of the first works Caplet published and the work was given its premiere by Barrère and Caplet on 30 March 1900, at a Paris concert of the Société Moderne d’instruments à vent (Modern Society for Wind Instruments), which had been founded by Barrère.

This performance was recorded in January 1951 with Hubert Barwahser on flute and Felix de Nobel on piano. The Dutch flautist spent most of his career with the Royal Concertgebouw Orchestra (1936-1971). 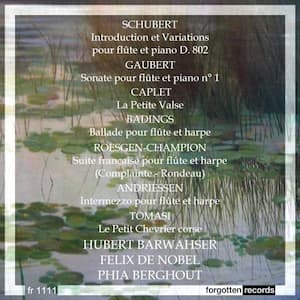