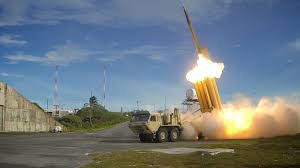 If you live and work in the Asia-Pacific region you surely are familiar with THAAD. The acronym actually stands for “Terminal High Altitude Area Defense,” and represents an anti-ballistic missile system designed to destroy incoming ballistic missiles. The missile carries no warhead, but relies on the kinetic energy of impact to destroy the incoming projectile. The most advanced part of this rather crude system is a high-tech radar, which identifies and communicates the location of missile targets to the interceptor. Essentially, it gives early notice of missile launches. The system has been deployed in Hawaii and Guam, the United Arab Emirates, Oman, Israel and is being considered in Japan. Most contentiously, however, has been the proposed 2016 installation of the THAAD system in South Korea! 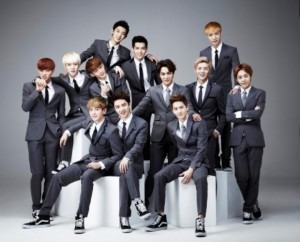 South Korea believes that the system will be able to counter the ever-growing military threats posed by North Korea. China, on the other hand, strongly objects to the system being installed on the Korean Peninsula, citing the move is against its geopolitical interest. According to a defense ministry spokesman, “China is deeply dissatisfied” and ready to take “necessary measures.” Chinese Foreign Minister Wang Yi has stated, “THAAD is not a simple technical issue, but an out-and-out strategic one, and a strategic military problem will evoke a strategic military response.” And China has logically responded by banning music artists, groups, actors and other cultural imports from South Korea! That strategic military response includes the ban of the all-so-popular “hallyu” (K-pop), and the prohibition of Korean stars from Chinese television shows. They have even gone ahead and edited out Korean celebrities in Chinese advertisements. A Chinese entertainment corporation who pushed ahead with scheduling a Korean teen idol group has been fined 15,000 US and ordered to refund ticket buyers double the original ticket price. Korean chartered planes are now forbidden to bring Chinese tourists to South Korea, and classical music performers of Korean origin are no longer able to obtain visas. The Grammy Award-winning South Korean lyric coloratura soprano Sumi Jo—praised by Herbert von Karajan as “a voice from above”—has been waiting for more than five weeks for her China visa. In the end, her performances had to be canceled. And pianist Paik Kun-woo, who was the first South Korean artist to be invited to perform in China in September 2000, had his performance on 18 March 2017 canceled as well. How is that for a strategic military response? Maybe the Chinese government could escalate the situation by advising its citizens to stop eating Korean dogs?