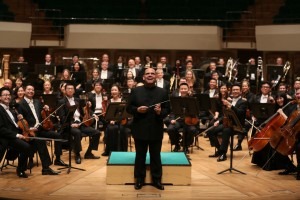 Successfully performing Siegfried, the third and least accessible opera of Richard Wagner’s Ring Cycle, cemented the growing reputation of the Hong Kong Philharmonic for this demanding material. The orchestra was in outstanding shape, comfortably cruising between the lyrically heart-wrenching passages and confidently rising to the bombastic finales. Jaap van Zweden, who in 2018 will be assuming the role of Music Director of the New York Philharmonic in addition to his current responsibility as head of the Hong Kong Philharmonic, kept a visibly motivated and enlarged orchestra together at all times, never abandoning the singers.

The cast was led by Simon O’Neill, a battle-hardened Wagnerian making his debut in the role of Siegfried. Though he might not look like the naive and childish hero he is portraying, the New Zealander held up with nearly miraculous youthful energy throughout the four hours, with no signs of strain. A heldentenor in the Wolfgang Windgassen tradition, he does not possess an enormous voice, but it effectively cuts through where it needs to, and he consistently articulates the difficult score. 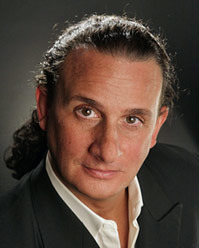 David Cangelosi returned as Mime, the calculating and villainous Nibelung dwarf, who brings up the young hero with the intention of using him to steal back the all-powerful Ring. With the best diction of the cast and the only performer credibly acting out what he was singing, he quickly stole the local audience’s heart.

Matthias Goerne reprised the role of Wotan/Wanderer. Since his debut as Chief of the Gods in early 2015 he has grown fully into the role. The voice has darkened, strengthened and he has risen well beyond the Lieder style to which his voice is naturally predisposed.

One of the most welcome moves of the artistic direction was to bring back Heidi Melton as Brünnhilde after her triumphant Sieglinde in the 2016 Walküre. The young American soprano imbued her role with pathos, vocal flexibility and the volume we would expect from a Valkyrie. Without doubt, Melton is one of the most exciting Wagnerian voices singing today. 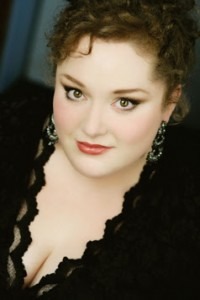 Smaller roles were well cast with Falk Struckmann as Fafner (the giant, currently in the shape of a dragon, guarding the Ring), Werner von Mechelen as Alberich (the brother of Mime, and the Nibelung dwarf who originally had stolen the Ring from the Rhinemaidens back in Rheingold), Valentina Farcas as the Woodbird (who gives guidance to our naive hero), and Deborah Humble returning as Erda (Brünnhilde’s mother and erstwhile partner of Wotan).

Pulling out all the stops to bring the complicated plot and music closer to the audience, the HK Phil aired an informative podcast, launched a schoolchildren’s manga design competition on the Siegfried story, and widely publicised that Naxos was again recording the opera-in-concert performance. Siegfried managed to attract a surprisingly large audience that doggedly sat through the long and challenging opera. The final test of the HK Phil’s success in creating a Wagnerian culture in Hong Kong will come in twelve months with Götterdämmerung.