In the opera Die Zauberflöte, both the hero, Tamino, and the comic hero, Papageno, are given magical musical instruments. As befits their different role, each character’s instrument has a different power. The golden flute given to Tamino will protect him and sustain him, changing the passions of men: the sad will be joyful and the lonely will fall in love. He tests the flute while searching for Pamina, calming all the wild animals in the forest around him. 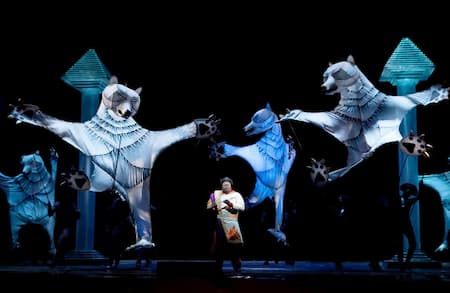 
Papageno is given a set of silver bells, but is not told what they do. When he’s rescuing Pamina, Papageno finds that his silver bells cause his enemies to start dancing and singing. 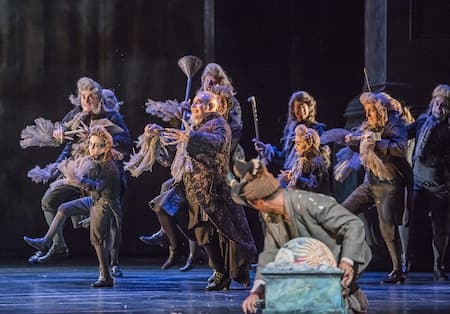 
Too plain for you? How about Schwanda and his magical bagpipes? In Jaromir Weinberger’s 1926 opera Švanda dudák (Schwanda the Bagpiper), our hero, the best bagpiper in his region, is persuaded to go off on adventures by Babinský the thief. In his travels, he unfreezes the heart of the ensorcelled Ice Queen, enchants the crowd into not killing him, and then, when sent to Hell for a lie, plays a fugue on his bagpipes, which has to be magical in and of itself! The Polka and Fugue have become a common extracts from the opera. 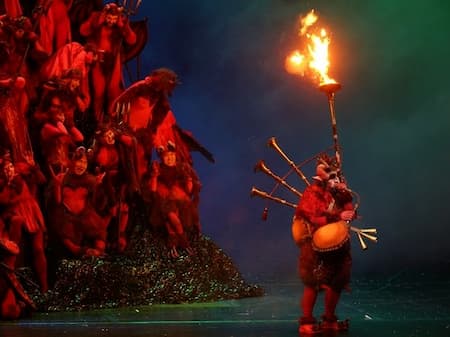 The 1993 LOZ game Link’s Awakening revolves around the player’s quest to collect 8 magical musical instruments so that they can play the iconic tune The Ballad of the Windfish, this will awaken the Windfish and permit you to escape from Koholint Island.

The 1998 game LOZ: Ocarina of Time uses an instrument called the ocarina as its focus. The hero, Link, starts out with a simple ocarina but it’s turned into the Ocarina of Time by Zelda. Now Link can move through time (there are scenes with child Link and adult Link, each with different powers). 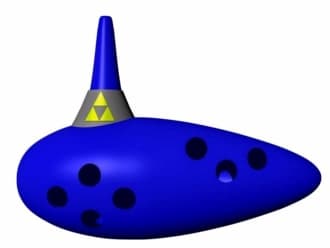 The blue Ocarina of Time

In this video performance of the music from LOZ, at 06:38, the ocarina theme is played on an ocarina.

In the sequel to this game, LOZ: Majora’s Mask, the Ocarina of Time again has an important role in that, on a world that is supposed to be hit by its moon in 3 days, the Ocarina can move you back time by 3 days – you retain all your powers, connections, and loot, but you have three days to try to solve the problem again. Through the game, Link learns new melodies for the instrument and with each new piece of music, he can control the flow of time and open passageways. With the Ocarina and the new melodies, he can move back to the beginning of the play by playing the Song of Time, speed up time by playing the Song of Double Time or move to the next morning or evening by playing the Inverted Song of Time.