Blog
Star Wars and the Nutcracker: The Phenomenon of the Concert Suite
by Oliver Pashley August 15th, 2021 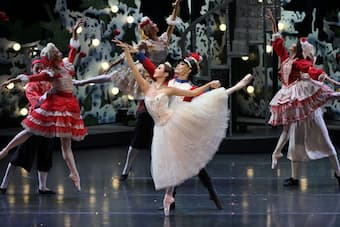 For many people, their first (and perhaps only) exposure to the sound of the orchestra has been through film music. We can all think of the big blockbusters and films we cherish from our childhoods, and the big, lush, orchestral soundtracks that are almost inseparable from them. This music often goes on to have a life of its own: orchestras find themselves playing various bits of the full film score that are chiseled off and fashioned into a ‘concert suite’. Such suites are incredibly popular with audiences, but what many might not know or realise is that this is by no means a recent trend…

Look back to the world of ballet and you will find exactly the same thing happening. Ballets in particular frequently had a standalone concert suite that either sat alongside the main production, or was created some time after the original show premiered.

Suites were extrapolated from their original ballet scores for good reason. Ballets were, by and large, a rather massive undertaking for any company to produce. Traditionally, lavish sets and plush costumes were the order of the day, not to mention the large orchestras often used in the pit, and while important, the music was, at the end of the day, just one part of a huge artistic production, much like in opera.

Extracting a suite from a ballet gave the music a fresh lease of life on the concert platform, meaning it could be performed without the vast additional expenses involved in a full production. The composer could select the ‘best bits’, giving the audience all the memorable tunes without any padding (although in my opinion sometimes the most interesting and beautiful music is still to be found within the full version; for example, as much as I love the suite there are some amazing moments nestled away unassumingly all over Tchaikovsky’s Nutcracker).

The size of the orchestra could also be scaled down, making it more economically viable to put on a performance of the composer’s music, bringing it to a larger audience outside of the theatre. Well, in theory at least. Even though Ravel’s suite from Daphnis et Chloe has optional woodwind replacements for the huge wordless chorus of the original (meaning he’d still prefer 100 singers if possible), he retains a sizeable wind section and gigantic battery of percussion, including 2 harps, celeste and wind machine. Perhaps he didn’t get the memo… 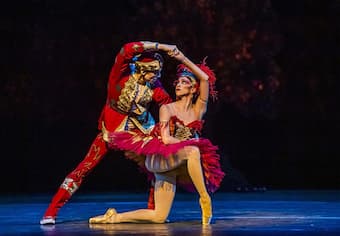 Someone who did capitalise on this to great success was Stravinsky. His first ballet dating from 1910, The Firebird, was scored for a massive orchestra featuring quadruple woodwind, offstage brass, and three harps, and while the first suite, made just a year later in 1911, was for pretty much the same forces, in 1919 Stravinsky made a fresh arrangement and significantly reduced the size of the ensemble, for example reducing the winds to two players rather than four, and trimming off two of the three harps, thus making performances with a smaller orchestra possible.

And he didn’t stop there: Stravinsky successfully secured renewed copyright on The Firebird in the USA in 1945, 35 years after the premiere, by creating yet another new suite, bringing the total number of spinoffs of his ballet to three, all of which now continue to bring in the cash.

Wherever there was a successful ballet, there was often an equally successful concert suite alongside. Opera composers from the 18th century extracted arias to be performed in gala events, ballet composers lifted their most popular tunes to make them playable in a concert hall, and film composers now adapt their music in much the same way today. This approach is found in many different styles of music, and is part of a practice stretching back hundreds of years. So, the next time you’re enjoying the Star Wars suite in concert, you can sit back and bask in the knowledge that you’re experiencing the continuation of a long and interesting tradition. Or, you could just sit back and enjoy the music. That’s ok, too.