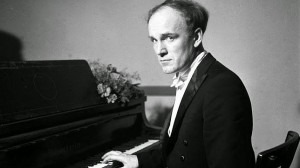 As performing musicians we have to develop a split personality. This somewhat schizophrenic state (or states) of being has to do with our need to understand and appreciate the difference between practising and performing.

The most visible way in which we differentiate between practiser and performer is how we dress. We wear special clothes for concerts, often quite glamorous clothes that we would never wear in our everyday lives. When I put on one of my concert outfits, I know I am stepping into a special role and with that comes a special mindset unique to the performer.


These clothes do several things: they identify us and singly us out for the audience; and they serve to remind us that we have a special role to fulfill. In effect, our concert clothes become our “uniform”. In previous eras of concerts, it was very easy to identify the performer: men wore the traditional concert uniform of white tie and tails while women wore evening gowns, but today the concert dress code has become far more relaxed, to the extent that some musicians prefer to wear jeans and sneakers, blurring the lines between audience performer and perhaps thinking that this makes them more accessible to their audience by dressing in similar clothes. (In fact, I am not sure audiences want performers to look like them: audiences want performers to look like performers as this enhances the sense of wonder and uniqueness of a live performance.) 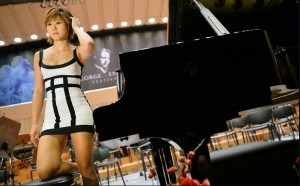 The British pianist Stephen Hough in a radio broadcast about the practice of practising points out that we “can’t wear both costumes at once” and emphasises the need to clearly differentiate between the work we do in the practise room and what we do on stage. In practise, we must be perfectionist – precise, focussed, thoughtful – while on stage we become “the bohemian artist” (Hough), living in the moment and creating music with spontaneity and imagination. To get to that point we have to put in many hours, days and months of meticulous work: it is the detailed perfectionist work that enables us to perform with freedom, and knowing we are well-prepared can result in a performance that is expressive, imaginative, emotional, and passionate. But if we take too many of the neuroses of the practise room into our performance, we may end up with a performance which can feel stilted, controlled and lacking in artistic freedom, even if it is technically assured.

Of course, it is also important to practise being a performer. For those musicians who perform regularly, either solo or in ensemble, the process of preparation and act of performing becomes almost second-nature, and a busy diary ensures that programmes are stress-tested in a variety of venues before the most important concert (at, say, London’s Wigmore Hall, or Carnegie Hall in New York).

For students, and for those who perform less frequently, we can practise engaging and utilising a performer’s mindset from the comfort of our music studios and practise rooms, or by giving “house concerts”, or recitals in places which feel “safe” or non-threatening (a local church or friendly music society, for example). Through these “practise performances”, we learn to play “in the moment” and to skim over errors or slips (while making a mental note to fix these things at the next practise session). Learning to let go is also an important aspect of the art and craft of practising and a habit which, ultimately, should make us confident, creative performers.