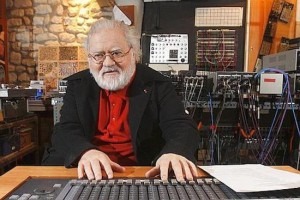 A substantial number of classical music lovers have probably never heard the term “musique concrète.” It was coined by the French experimental musician and composer Pierre Schaeffer in 1948, and describes electroacoustic music that uses natural sounds—not electronically generated tones—as the raw material. The recorded natural sounds—anything ranging from birdsong to running water, from machinery to traffic noise, from musical instruments to the human voice—are transformed by electronic means and joined to form a composition. And one of the pivotal forces behind the development of musique concrete was Pierre Henry, who passed away on 5 July 2017. Significantly, he was the first formally educated musician to devote his energies to the electronic medium. Born in Paris in 1927, Henry was admitted to the Paris Conservatoire at the age of ten, and studied piano under Nadia Boulanger, percussion under Felix Passerone and composition with Olivier Messiaen. Henry was not interested in traditional musical instruments, and started to experiment with producing sounds from various objects at the age of 15. 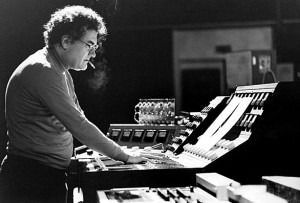 In 1949, he joined Pierre Schaeffer at the Office de Radiodiffusion Télévision Française and compiled vast sound catalogs. This research led to the 1950 Symphonie Pour un Homme Seul, a 12-movement work employing the sounds of the human body. In conjunction with choreographer Maurice Béjart, the music subsequently featured in a dedicated ballet production. Henri is credited as the first composer to produce a musique concrète composition that appeared in a commercial film. Astrologie ou le miroir de la vie of 1952 was only the beginning, as he scored more than 30 films and stage productions during his career. Recognizing the need for musique concrete to evolve, he began to incorporate electronic aesthetics pioneered in other parts of the world. Adding a spiritual and meditative quality to his work, Henry’s work was commissioned for the Cathedral of Christ the King in Liverpool. He continued to experiment, eventually collaborating with British rock band Spooky Tooth in 1970. Working in a vast range of musical contexts, Henry completed Interieur/Exterieur in 1997, which he declared the culmination of his life’s work. “Musique concrète” might be slightly dangerous to delicate ears, yet Pierre Henry certainly was one of the great musical pioneers of the 20th century. And since modesty was never one of his strong suits, Henry liked to call himself “the father of modern music.”