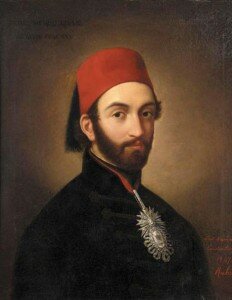 Situated on a hill across the Gold Horn from the old city of Istanbul, the Levantine neighborhood of Pera—today known as Beyoğlu/Taksim —transformed into a remarkable cultural district in the second half of the 19th century. Called the crossroads of Istanbul, the district was home to a multitude of languages, foreign embassies and residences, and eventually, a number of Western style theatres. Various ethnic groups had long settled in that area, but it was by order of Sultan Abdul-Medgid (1823-1861) that the district, and indeed much of the Ottoman Empire, experienced a period of westernization. The Sultan played the piano, spoke French, and was an avid fan of Italian Opera. The New York Monthly Magazine of 22 February 1849 reported that the Sultan “contributed fifty-thousand piasters to the Italian theatre company in Pera, and that he was continuing his piano lessons from Donizetti.” 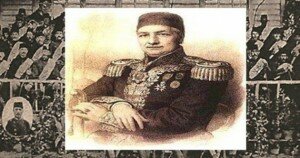 The Istanbul Donizetti turns out to be Giuseppe, brother of the more famous opera composer Gaetano Donizetti. The Sultan had met the Sardinian ambassador in Constantinople and asked him to find a competent musician to train the Imperial Band. Giuseppe Donizetti was a respected Italian military bandmaster who had once even served in Napoleon’s army. He arrived in Constantinople on 17 September 1828, and was directly summoned to see the Sultan. Appointed as “Chief Master of the Orchestras of the Ottoman Sultanate,” Donizetti managed to train the band within a short period of time, and the musicians soon accompanied the Sultan at military ceremonies. 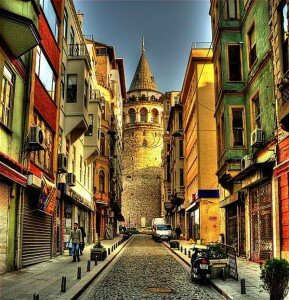 Donizetti ordered instruments from Europe, and he instructed the band in western music notation and western musical practices. He basically established a kind of conservatory to musically educated members of the military bands, and he also founded western operatic conventions in the city. Gaetano’s Belisario was performed in Istanbul before New York, and operas like Bellini’s Straniera and Meyerbeer’s II Crociato in Egitto enjoyed great success.

Gaetano Donizetti: Belisario (Excerpts)
“The Italian Opera at Constantinople,” reports the New York publication The Corsair, “continues to maintain the favor it met with on its opening. The house is not only filled every night, but the performances are much more frequent than at first.” And the Niles National Register added the following description in 1839. 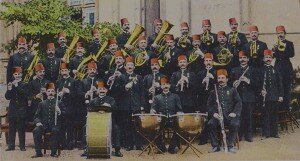 “Among the many innovations which have been made of late years in the east, certainly the establishment of an Italian opera in Constantinople is not the least remarkable. The Turkish fashionables are so carried away by their rage for the opera, that, unable to wait till the erection of the theatre in Pera, for which two experienced French architects are engaged, they have had a large hotel in the square called Almeidan, fitted up for the purpose, and have operas three or four times a week. Notwithstanding the high price of the places, (from two to ten heavy piasters,) the theatre is always crammed with Turks, who, in spite of their habitual early hours, loll there contentedly till midnight… The Grand Seignor himself has visited the opera, which will, perhaps, do as much as his absolute commands to amalgamate his people with those of Western Europe.” The “Théatre de Péra,” also known as the Naum Theatre as it was built on a land plot owned by the Naum family, re-opened in 1844 with Bellini’s Norma. 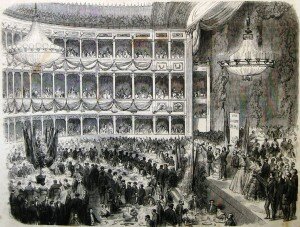 But opera was not the only game in town, as various plays, concerts, and light entertainment attracted a large audience. Cultural news, in turn, were published by the Journal de Constantinople, the French language newspaper covering not only cultural and political events of the Ottoman capital, but also newsworthy developments in Europe. A contemporary Ottoman musician of Italian origin, Bartolomeo Pisani, wrote a lengthy article for the newspaper La Turguie. 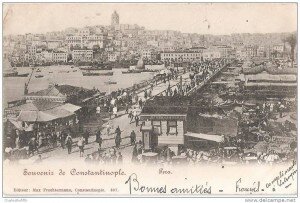 “We have many distinguished instrumentalists, pianists, violinists, cellists, etc. who long ago chose to reside in Constantinople…We also have amateur ladies who could perfectly replace piano virtuosos. There are extraordinarily beautiful voices, young ladies and young people in the high society and among the middle class here in Pera who are ardently and enthusiastically studying the art of singing. In considering all parts of the society, one should not hesitate to say that Constantinople can well match any European city in the field of music.” Giuseppe Donizetti spent 28 years in Istanbul and died in the city he would call home in 1856. His successor was Callisto Guatelli, another Italian bandmaster, and together they inspired musicians from all parts of the globe to musically and culturally contribute to the sonic and cultural splendor of Pera. But what is more, it also allowed Ottoman-Turk musicians to further their studies abroad and eventually to become part of a greater European artistic environment.