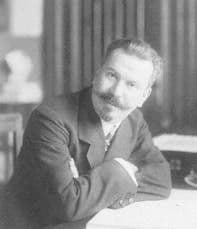 The Russian composer Sergey Vasilenko (1872-1956) might not be a household name today, but he was considered a master orchestrator during his days as professor at the Moscow Conservatory. He originally studied music theory with Grechaninov, and while studying law at Moscow University he simultaneously took counterpoint lessons with Taneyev and sat in composition classes with Ippolitov-Ivanov and Safonov at the conservatory. He was appointed professor and head of the faculty of orchestration in 1932, and his compositions initially reflect an unbridled enthusiasm for Russian folk music. He also produced a number of works connected with Russian symbolist poetry, but eventually became attracted by eastern exoticism. Focusing on the folk music of central Asia, he also wrote two Chinese Suites in 1928 and 1931, respectively. 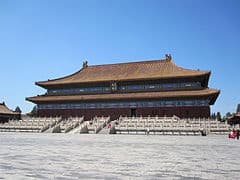 The first Chinese Suite features a fantastically eclectic and colorful percussion section, which includes the tam-tam, piano, celesta, bells, tambourine, snare drum, wood blocks, cymbals, bass drum, ratchet and glockenspiel. Vasilenko insisted that he only used original Chinese melodies, but “that he clothed them in modern European harmonies.” Pentatonic in nature, these melodies inform every movement of the Suite. A traditional melody is heard during the “Procession to the Temple of the Ancestors,” and the sounds of bells from the pagoda subsequently enrich an additional folk melody. Vasilenko described “A Spring Evening” as a nocturne, and a solemn funeral procession is depicted in the third movement. Somewhat uncharacteristic, the fourth movement is a light and energetic dance, while “The Lament of the Princess” is based on a 14th-century Chinese melody. It all comes to a colorful and contemplative close with “Echo over the Golden Lake.” Here as elsewhere, Vasilenko’s music is distinguished by masterly orchestration, and the composer received the title “People’s Artist of the Uzbek SSR” in 1939 and the “State Prize” in 1947.