Taiwanese-born violinist Paul Huang is now based in New York, having moved there aged 12 to study at the Juilliard School’s pre-college programme. Now at the age of 28, having picked up awards including an Avery Fisher Career Grant, and the Lincoln Centre Award for Emerging Artists, he is becoming one of the most sought-after young violinists of his generation. 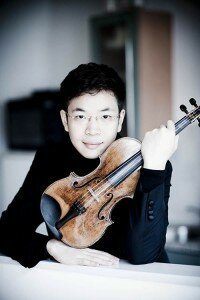 Moving from Tainan – a small city in the south of Taiwan – to New York at the age of 12 was a big culture shock for Paul. ‘I wasn’t very used to seeing big skyscrapers and lots of cars,’ he explains, ‘so coming to New York for the first time was a very eye-opening experience – it’s one of the biggest cities in the world, and I came from one of the smallest!’

‘At the same time, I was like a little sponge, trying to learn as much as I possibly could, both in school and personally. It was a very exciting time in my life.’ 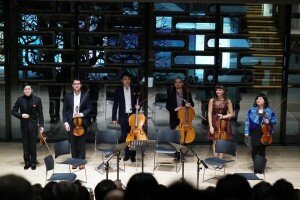 Through his studies at high school and Juilliard, Paul was strongly supported by his teachers. ‘I think all the teachers I encountered throughout my study years all had some sort of an impact on me in their own way,’ he states. ‘I can’t really pinpoint one.’

The difference Paul felt between the styles of teaching in his native Taiwan against his New York surroundings was also felt: ‘When I was growing up in Taiwan, you just do exactly what the teacher tells you to do and you will be just fine – you will get good grades, go to a good college… the idea of thinking, of asking questions, is not very common in Asian culture,’ he remarks. 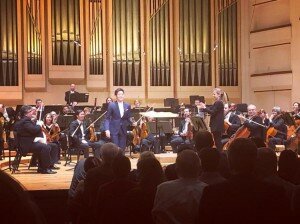 ‘When I came to this country it was the opposite. There were a lot of questions, a lot of raising hands in the classroom. Even my violin teacher started asking me ‘What do you think of that?’ and it was a big adjustment for me. I got annoyed – I was saying ‘Just tell me what to do and I’ll do it!’

‘Perhaps that was one of the big lessons I learned from all of them. I learned that you start to be more aware of yourself and what’s going on around you. You teach yourself, and I think that’s a wonderful lesson. I think there’s a fine balance, and I feel lucky that I have the education of both. If you only think very creatively and lose the discipline that’s not going to work, but if you only have discipline without some sort of creativity that doesn’t work either.’

Although he doesn’t privately teach, Paul often gives masterclasses and school visits on his travels. Music education is something he is incredibly passionate about, he himself having been inspired by the sound of the violin at a young age. 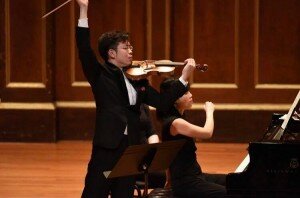 ‘It’s always a pleasure for me to get to listen to younger musicians and talk about music. I think music education, particularly in the US, is lacking, so the idea of going into public schools, or just the idea of bringing music into schools is sort of a luxury already, because music education is very much an afterthought in the States. Kids have the right to be exposed to classical music, to any sort of music, and they really are the future of music.’

Paul started playing the violin at the age of 7 – ‘It’s considered relatively late for violinists,’ he laughs. Before that, he played the piano and the organ, and was taken to concerts regularly by his parents who, while not musicians themselves, were self-proclaimed music lovers, and Paul remembers falling in love with the violin at a recital that his parents took him to.

‘At that moment, I was completely struck by the sound of the violin, of this little wooden box producing such glorious music, and a voice that’s very human somehow.

‘Also just the idea of being on stage, sharing something without using words, this was something that was very attractive to me. As a kid, I didn’t speak a lot, and I didn’t enjoy speaking a lot. Using the violin as a way of communication was something that was extraordinary to me. I realised I didn’t need to use words and people would still listen to me. That was kind of a revelation, and made me also realise the power of music at that very early age, how music communicates without words.’