Strauss was let us say reticent about contemporary music. He was impressed with Stravinsky’s music but he never spoke about fellow German composer Paul Hindemith, especially as his music was banned during the rule of the Third Reich in Nazi Germany. But at the mere mention of Schoenberg, Strauss turned green. Atonality was simply out of the question, not agreeable and he found jazz abominable. Strauss sang another tune when it came to the work of his dear friend Sir Edward Elgar, and Beethoven and Mozart, but in general he found that only his own music “was the most modern.” That seems to be true according to the reactions he elicited with his operas. 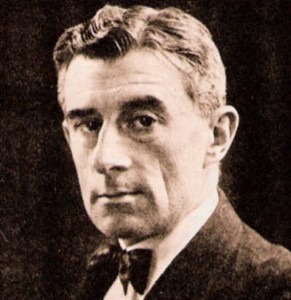 The dangerously seductive heroine of the opera, who has necrophilic tendencies, demands the head of Saint John the Baptist before she agrees to disrobe and perform her Dance of the Seven Veils. The severed head is presented on a platter. Pandemonium broke loose when the heroine danced with the platter while kissing the fractured head. Although the story is from an Oscar Wilde work, it was made extra gruesome by the composer Richard Strauss.

More a horror story than an opera, it was certainly not what patrons were accustomed to seeing on the venerable Metropolitan Opera stage. The patrons were outraged. After only one performance Salome was withdrawn from the Metropolitan’s repertoire not to be performed again for almost three decades. The same indignant response occurred when performances of Salome were staged in other opera capitals.

Undeterred, Richard Strauss with his librettist Hugo von Hofmannsthal, created yet another gruesome “light” opera in just two years of the Greek tragedy Elektra, one of the most demanding roles in the soprano repertoire. Once again it is brutal and bloodthirsty full of murder and horror. Talk about a dysfunctional family!

Strauss was criticized soundly by none other than Peter Illyich Tchaikovsky who sputtered, “Strauss had an astounding lack of talent…fourth rate and not even interesting.” Strauss countered such criticism with, “ I may not be a first-rate composer, but I am a first-class second-rate composer.”

Frenchman Maurice Ravel wrote such gorgeous works as La Valse, Daphnis and Chloé, Tzigane, for violin and piano, a string quartet as well as two wonderful piano concertos. He was not at a loss for words when it came to fellow French composer Camille Saint-Saëns. “If he’d been making shell cases during the war it might have been better for music!” he said.

But Saint-Saëns was respected as a composer, pianist, writer and teacher who wrote the ever-popular Carnival of the Animals. Franz Liszt called him the world’s greatest organist and Gabrielle Fauré another compatriot, thought Saint-Saëns, “the closest France has come to producing another Mozart.” Wildly differing opinions to say the least!

Ravel had a great deal of admiration for his contemporary Claude Debussy though. “For Debussy the musician and the man, I have had a profound admiration, but by nature I’m different from him. I think I have always personally followed a direction opposed to that of the symbolism of Debussy.” 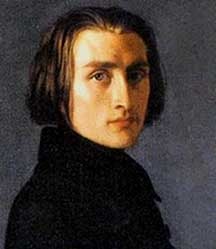 Ravel’s composing predecessors humbled him. He felt that he was not after all a great composer. Ravel wrote his music slowly and painstakingly, “tearing it out of me drop by drop.” His discipline was extreme. He went to the piano each day exactly at nine-o’clock in the morning hoping for inspiration. About one of his most famous works he said, “ Remember that I wrote a Pavane for a dead princess, and not a dead Pavane for a princess!”

Hungarian, Franz Liszt is still considered to have been one of the greatest piano virtuosos ever. When his talents manifest themselves so obviously, young Liszt was taken to study with Carl Czerny the eminent piano pedagogue. Czerny decided that Liszt should play for the leading composer of the generation. He sought the opinion of the great and irascible icon, none other than Ludwig van Beethoven. Liszt writes of the terrifying experience:

“I was about eleven years of age when my venerated teacher Czerny took me to Beethoven. He had told the latter about me a long time before, and had begged him to listen to me play sometime. Yet Beethoven had such a repugnance to infant prodigies that he had always violently objected to receiving me.

Finally, however, he allowed himself to be persuaded by the indefatigable Czerny, and in the end cried impatiently: “In God’s name, then, bring me the young Turk!”

It was ten o’clock in the morning when we entered the two small rooms in the Schwarzspanier house which Beethoven occupied, I somewhat shyly, Czerny amiably encouraging me. Beethoven was working at a long, narrow table by the window. He looked gloomily at us for a time, said a few brief words to Czerny, and remained silent when my kind teacher beckoned me to the piano.

I first played a short piece by Ries. When I had finished, Beethoven asked me whether I could play a Bach fugue. I chose the C-minor Fugue from the Well-Tempered Clavier. “And could you also transpose the fugue at once into another key?” Beethoven asked me. Fortunately I was able to do so.

After my closing chord I glanced up. The great master’s darkly glowing gaze lay piercingly upon me. Yet suddenly a gentle smile passed over his gloomy features, and Beethoven came quite close to me, stooped down, put his hand on my head, and stroked my hair several times. “A devil of a fellow”, he whispered, “a regular young Turk! Go. You are one of the fortunate ones. For you will give joy and happiness to many other people! There is nothing better or finer.” *

Liszt led a very romantic and stormy life but despite personal setbacks he won many admirers for his playing and his devilishly difficult piano compositions including Richard Wagner who said, “I feel thoroughly contemptible as a musician, whereas you, as I have now convinced myself, are the greatest musician of all times.”

There are many other aspersions too numerous to list! But here are two more I can’t resist: Sir Ernest Newman said about Stravinsky “His music used to be original. Now it’s aboriginal.” And “One can’t judge Wagner’s Lohengrin after a first hearing, and I certainly don’t intend hearing it a second time.” Gioacchino Rossini.