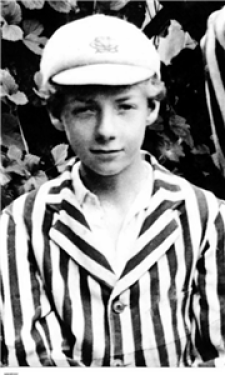 It is a rather thankless task to write about Benjamin Britten in the context of a column entitled “In Love.” His long-time relationship with the tenor Peter Pears, which is clearly a love story, is not the issue and I will tell you about that in a later episode. The issue being debated — with a high degree of righteous indignation on all sides of human consciousness — is Britten’s pronounced fondness for the young of his own sex. Does it really help our understanding when David Mathews writes, “Many paedophiles were abused as children, and their dangerous desires are motivated by hatred. Britten’s were motivated by love.” And in his 2006 publication Britten’s Children, John Bridcut suggests, “that his love for young boys inspired the composer to write extensively for children, and particularly for boy treble.” Personally, I find it somewhat hazardous to use paedophilia and love in the same sentence, or to lionize predatory tendencies as a legitimate source of musical research. Yet Mathews might be correct in at least one point; Britten was, with some degree of certainty physically and/or sexually abused as a child. Britten twice claimed that a schoolmaster at South Lodge in Norfolk had raped him as a child. Most commentators dismiss Britten’s claim as the product of an overactive imagination.

The Turn of the Screw, Op. 54
Be that as it me, Britten was certainly not — including his time as a border at Gresham’s School in Norfolk — well liked by teaching staff and fellow students. In fact, it was said that he was “a horrid boy at school, so full of himself that both he and his arrogance was positively hated.” If there was severed physical abuse on account of his aloofness, we shall probably never know. Yet it is telling that Britten later in life “liked to imagine himself as a thirteen year-old boy.” Irrevocably stuck in a specific time and space when it came to love, this prepubescent age not only became an idealized and imagined region of innocence for himself, it also was the preferred age of the young charges he courted. In 1936, Britten invited thirteen-year old Harry Morris — who was always described as a troubled boy from a troubled home — on a holiday to Cornwall. According to Morris, “Britten came into his room one night and made what he understood to be a sexual approach… I screamed and hit Britten with a chair.” Harry left the next morning and told his mother, but she did not believe him. There was also the actor David Hemmings, aged twelve, who was engaged with the role of “Miles” in Britten’s The Turn of the Screw. “David was an extremely good looking young chap and he also very much played up to Ben’s obvious adoration of him.” David later recalled, “”Did he kiss me? Yes, he did. But that was more my need as a young boy alone in his house than it was any threat. I slept in his bed, when I was frightened, and I still felt no sexual threat whatsoever. I think it would have embarrassed him a damn sight more than it would have embarrassed me at the time… Everybody asked me whether or not he gave me one, whether or not it was a sexual relationship. The answer to that question, as I have often said, is: no, he did not.” 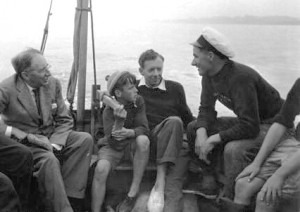 There was Wolfgang Scherchen — son of the conductor Hermann Scherchen, Piers Dunkerley and Humphrey Maud. There was Jonathan Gathorne-Hardy, “who could not help flirting slightly and saw at once aware, I attracted him.” There was David Spenser, who shared a double bed with Britten, and a local boy named Robin “Nipper” Long. And there was also Roger Duncan, eleven at the time he first met Britten. Britten convinced the boy’s father to let him “share” Roger, and the boy spent many weeks with the composer. Together with Humphrey Stone, they enjoyed regular naked midnight swims with Britten. Apparently, Britten once remarked, “If I would not have buggered boys, I would have missed one of life’s greatest pleasures.” The basic moral of this story is that you simply can’t believe anything that has been written, reported or alleged. During Britten’s lifetime, homosexuality and paedophilia were simply not discussed in polite society, and we do know that much abuse was either hushed up or swept underneath the carpet. Equally troubling are the zealots of today, who imbued with creationist inspiration, specialist agendas or pseudo-academic journalism try to either uphold a glorified image of a composer seen entirely through his music, or alternately, condemns him through his love for young boys. Britten was, as we all are, a sum of his experiences and parts. The one thing we can say with certainty, however, just like Richard Wagner, he was not a very nice person.