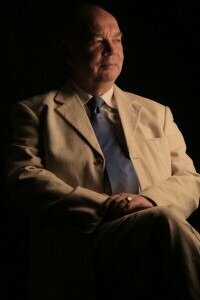 Like a rose blooming in the desert, the Qatar Philharmonic has made a unique place for beauty in the city of Doha, Qatar. We had a conversation recently with Kurt Meister, Executive Director of the Qatar Philharmonic Orchestra, about how the QPO came to be created, how it has developed, and what lies in its future. Mr. Meister had a long and distinguished career in Germany with the Bavarian State Opera and then as Executive Director of the Symphony Orchestra of Bavarian Radio before coming to the Middle East. 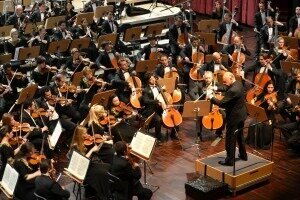 In June 2007, he was asked by Her Highness Sheikha Mozah Bint Nasser Al-Missned to create an orchestra for Qatar that would start its concert season in September 2008. He knew he needed to audition and sign his orchestra members by January 2008 if he wanted to open on time, because any orchestra members already working had to give 6 months’ notice to their home orchestras. Applications streamed in and auditions were conducted in Berlin, Cologne, London, Madrid, Moscow, and Cairo, among other cities, and by January he’d signed his 101 chosen players. He persuaded Lorin Maazel to conduct the opening concert of Beethoven’s Fifth Symphony; Ravel’s Bolero, not the least because of its construction around solos for most instruments in the orchestra; and then the Arabian Concerto by Lebanese composer Marcel Khalifé. And so, over the past 6 years, the orchestra has built its reputation on this ground: solid European works, modern works, and works by Arab composers. 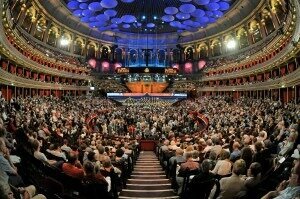 The QPO at the Proms
Credit: Chris Christodoulou

This emphasis on Arab works meant that in their 35 concerts last year, they performed 36 different Arab compositions on their programs. Most of these works were their own commissions, which means that they now have a solid core of works that they can draw on. This has also meant that Naxos has asked the orchestra to start recording those Arab works, so that they and the QPO can take their place on the world stage.

Currently the Orchestra plays most of its concerts at the 550-seat Opera House at Katara, a unique waterfront cultural village on the north side of Doha. Unfortunately, it has been difficult for the Orchestra to hold to a consistent concert schedule because of the fact that they do not control their own facility – and have suffered more than once from last minute cancellations by Katara of previously announced events. The Opera House has a small stage – I saw them perform Mahler’s First Symphony there and they seemed cramped and I can’t imagine how they were later able to do Mahler’s Second Symphony, the Symphony of A Thousand, with extended orchestra and chorus, in the same space. Other, larger concert venues exist in Doha, but currently remain out of budgetary reach for the QPO. 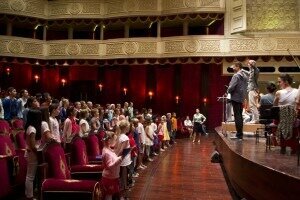 Over the summer, the QPO made their Proms debut under then–Music Director Han-Na Chang to great acclaim, before continuing on to Rome under conductor Dmitrij Kitajenko. The board of the WPO has recently decided that, for the near future, Music Directors will only have 2-year appointments. Two years seems to be too little time for a Music Director to truly create an orchestra that matches his or her vision and I hope this decision is reconsidered.

The programming has been undergoing development, as has audience building. An early decision was to have one concert a month of music solely by Arab composers, but this didn’t bring in the expected audience numbers and was soon superseded by the orchestra’s current mix of the East and West, new and old, and the familiar and the unfamiliar. Audience building has been a problem in the expat community because of the relatively short one- to two-year residencies for most Westerners in Doha. The local Qatari community has been extremely supportive and QPO has actively sought links with local schools. One program brought together the Vienna Boys Choir and local Doha children’s school choirs for a program that involved the VBC learning 2 songs in Arabia and the local choirs taking on German. Outreach projects in the orchestra have included an active program of chamber music, with performances in spaces as varied as the I.M. Pei–designed Museum of Islamic Art and a well-remembered visit by the brass section to the Souk. 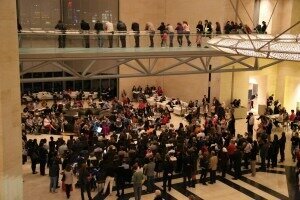 Chamber group at the MIA

One interesting side project for the Philharmonic has been its involvement in film music. Mr. Meister estimated that 80 days a year were devoted to recording film music for international films and this has also been one of the aspects of their programming that has been particularly successful in drawing a Qatari audience. With the completion of a new Recording Studio at Katara, the Philharmonic will be able to increase their recording exposure.

Another side project is the very active involvement of QPO members in creating chamber music around Doha. They perform in places such as the Museum of Islamic Art, outdoors at Katara, and in other places around the city.

The QPO labels itself as having “101 Musicians from 30 countries” and a third of the orchestra are women. In an interesting break from normal orchestral practice, the women all wear the same black dress, floor length, long-sleeved, with an overlaid vest of golden laurel leaves. Mr. Meister said the dresses were his idea, developed with the help of a designer Krystyna Marianna Simoneit and Virginia Commonwealth University-Qatar. As an audience member, I appreciated the non-distracting and innovative look. The men wear black tails, but with maroon ties and cummerbunds in the color of the Qatar flag. 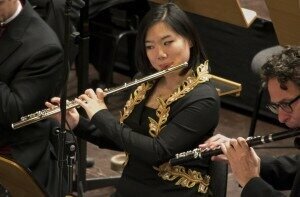 For such a young orchestra, it’s amazing how successful they have been in such a short period of time. And, as a young orchestra, they have been particularly successful in getting young people to be active with them. A recent performance of Hansel and Gretel involved 50 children working with the orchestra for 6 weeks – designing the sets, designing the costumes, and being active in all aspects of the piece, including working with the players. Mr. Meister said it wasn’t the adult audience he was worried about, it was the urgency in involving children in music as early as possible – that’s the future audience. To summarize his work with the orchestra, he said “Not Boring!”