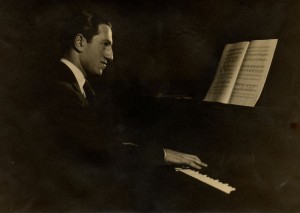 There is a great tradition of prelude writing which stretches back to J S Bach, and beyond to the Renaissance, when musicians would use an improvisatory Praeludium (Prelude) as an opportunity to warm up fingers and check the instrument’s tuning and sound quality before the main performance. Keyboard preludes began to appear in the seventeenth century as introductory works to longer keyboard suites. The duration of each prelude was at the discretion of the performer and the pieces retained their improvisatory qualities.

J S Bach Prelude (& Fugue) in D minor, WTC, Book 1 – Andras Schiff
German composers began pairing preludes with fugues during the second half of the seventeenth century, and of course the most famous of these are Bach’s ’48’ from the Well-Tempered Clavier, which influenced many composers in the following centuries, most notably Fryderyk Chopin who based his 24 Preludes op 28 on Bach’s model, traversing all the major and minor keys. Chopin freed the Prelude from its previously introductory purpose, and transformed these short pieces into independent concert miniatures, widely performed today, both in programmes and as encores, and which remain amongst Chopin’s most popular and well-known pieces.

Chopin – Prelude in A, Op 28, No. 7 – Maurizio Pollini
Russian pianist and composer Alexander Scriabin wrote some 85 Preludes, and his Op 11 set (1896) follow Chopin’s in their organisation (cycling through all the major and minor keys) and even make direct reference to Chopin’s music. Indeed, such is their closeness to Chopin’s model in style, texture and harmonies, many could easily be mistaken for Chopin’s own music. Some appear to “borrow” directly from Chopin – one opens with the unmistakable motif of the Marche Funèbre from Chopin’s B-flat minor Piano Sonata – while others seem more akin to Chopin’s Études in their technical challenges and sparkling passagework. Scriabin’s Preludes offer a remarkable survey of how rapidly his musical style was developing, with the late Preludes looking forward to Schoenberg and Messiaen in their atonality and colourful harmonies. All share one distinct characteristic: they are, in true Prelude style, short works, some so fleeting they last barely a minute.

Scriabin – Prelude Op 74, No. 2
Other notable composers of Preludes were of course Rachmaninov and Debussy, whose 24 Preludes compiled into two books follow Chopin’s model in number only. These works have expressive titles, which were originally placed at the end of the score, thus encouraging the performer to experience each individual sound world with fresh ears and imagination, without being influenced by Debussy’s titles in advance. Olivier Messaien’s Huit Préludes hark back to Debussy in atmosphere and the use of evocative titles, but also look forward to his later piano music in their unusual harmonies and timbres. Shostakovich followed both Bach’s and Chopin’s models by writing sets of Preludes and Fugues and Preludes, while George Gershwin bridged the divide between classical music and jazz in his Three Preludes, the outer two rhythmic and vibrant, the middle one sombre and sensuous, redolent of ‘Summertime’ from Porgy and Bess.

Debussy – Canope, Preludes Book 2 – Pierre-Laurent Aimard
Other notable composers of Preludes include Gabriele Fauré, Ferruccio Busoni, who composed a series based on Bach’s Chorales, Frederic Mompou, George Antheil, Alberto Ginastera, Dmitry Kabalevsky, Bohuslav Martinu and Karol Szymanowski. Nikolai Kapustin has written 24 Preludes in Jazz Style, Op 53, and a set of Preludes and Fugues, and Lera Auerbach three full sets of 24 Preludes, which cycle through all of the major and minor keys. It seems the genre is still alive and well.