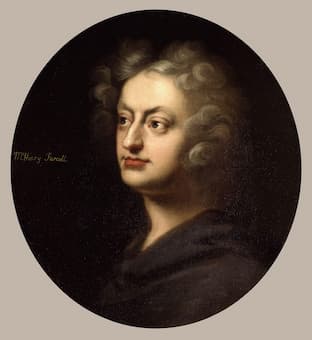 At the tragic conclusion to English composer Henry Purcell’s opera Dido and Aeneas, Aeneas has been given a message supposedly sent by the god Jove to leave Dido and Carthage and to get on with the business of founding Rome. Or that’s the story in the traditional mythology.

In his story for Purcell’s opera, librettist Nahum Tate added in an evil Sorceress who sends this message to break up the Dido and Aeneas affair. And, as no opera can exist without a metaphor, Aeneas is a stand-in for James II, who is being misled by the Sorceress and her witches, representing Roman Catholicism, to abandon the faithful Dido, who is a symbol of the British people. 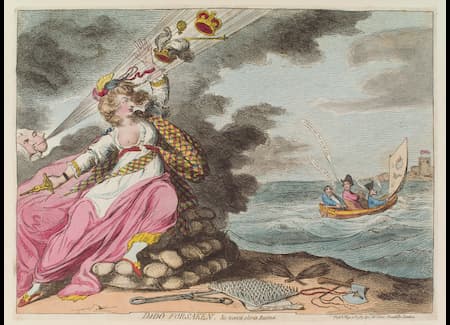 Here, Prime Ministers Pitt and Fox (left), blow the crown off Maria Anne Fitzherbert, morganatic wife of George IV. At sea, sailing to Windsor on the far shore are King George IV and friends, all declaring they’ve never seen her before in their life. Another Gillray engraving, from 1801, entitled Dido, in despair! shows Emma, Lady Hamilton, in despair at Lord Nelson sailing off to do battle, leaving her in England.

To return to our mythological Dido, at the end of the opera, after she watches that cad Aeneas sail away, Queen Dido kills herself, asking first for the hand of her maid, Belinda, and then asking only that she be remembered. Forget her fate, but remember her. She also intends that her blazing funeral pyre should be seen by that cad Aeneas from his ship, too far away in more than one sense, to affect the outcome. 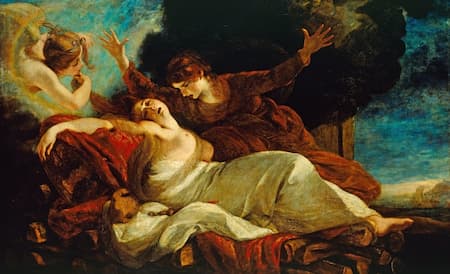 The basic recording for voice plus orchestra, gives us a work of extraordinary power – the Queen is alone, her future lies in death, and she asks for nothing except memory.


The work is a lament, written over a repeating ground bass that descents chromatically by a fourth, leaps down a third, goes up a third by step and then drops by a fifth, and then begins again, jumping up an octave. Through the aria, the bass is repeated 11 times. 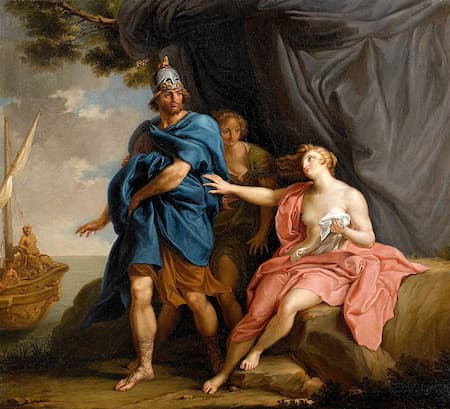 
This work for soprano has had any number of transcriptions made for other instruments, particularly for those that have the quality of the human voice such as the clarinet, cello, alto saxophone, and trumpet and with accompaniments varying from lute to organ to accordion to a consort of viols and even full orchestra. 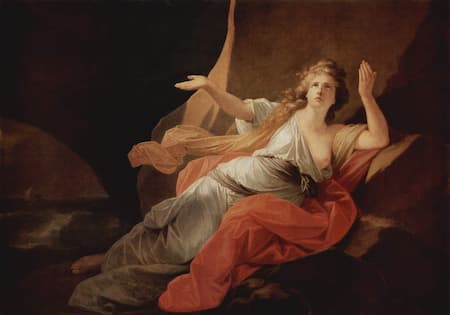 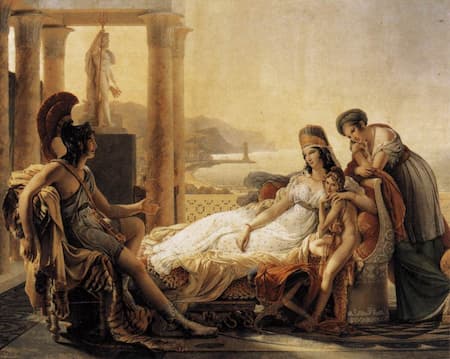 
When modern styles get laid onto Purcell’s 1689 masterpiece, we can end up with some interesting mixes. The early music group L’Arpeggiata took on the lament, and from the first note, we’re not in the Baroque any more. The solo voice is much keeping in style, but jazz creeps into the lute line and we have a different kind of meditation on death.


Our final visit to Carthage’s fatal shore is with the Dutch group Carlefax, with new music composed by trumpeter Eric Vloeimans. The recomposition of Dido and Aeneas into Dido and Aeneazz pulls the music out of the Baroque, through jazz, calypso and klezmer. 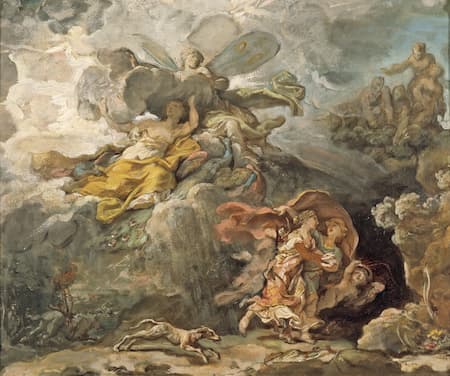 
Dido and her lament for a lost love and a lost future has had an impact on audiences from the 17th century to the 21st. It’s interesting to hear how each change in instrumentation changes how we hear the work.