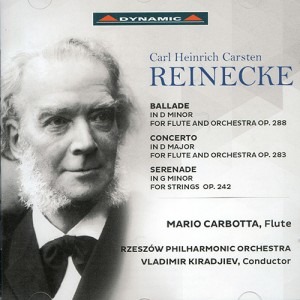 Nowadays Carl Reinecke is remembered in musical circles for his cadenzas to the concertos of Bach, Mozart and Beethoven, while a wider public may perhaps know the flute sonata Undine, yet in the second half of the nineteenth century he was respected as one of the most influential and versatile musicians of the time, and as one of the most highly esteemed composers.