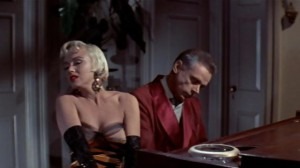 Just four days shy of his 70th birthday, Sergei Rachmaninoff died of melanoma on 28 March 1943 in Beverly Hills, California. He always wished to be buried at his estate in Switzerland, but the ravages of WWII only allowed for his interment at the Kensico Cemetery in Valhalla, New York. A few short years after his passing, the Grove Dictionary of Music and Musicians—probably the single most important reference work for professional musicians and musicologists—considered Rachmaninoff’s music “well constructed and effective, but monotonous in texture, which consists in essence mainly of artificial and gushing tunes accompanied by a variety of figures derived from arpeggios.”

The author goes on to suggest that “The enormous popular success some few of Rachmaninoff’s works had in his lifetime is not likely to last, and musicians never regarded them with much favour.”

Sergei Rachmaninoff: Etudes-tableaux, Op. 39
Rachmaninoff had certainly been unwilling to embrace the nervous energy of 20th-century classical music. Rather than musically imitating the stress of life during the twentieth century, his works harkened back to the emotional expressions of the previous century. “The profoundest tragedy of his work,” a critic suggested, “is the tragedy of a great soul expressing itself in language and by methods which were antiquated, whereas under other conditions they would have harmonized with the times.“ However, Rachmaninoff did get his just revenge on all his critics and distractors. For he emerged in popular music and the movies like no other classical composer! Take for example the highly popular song “Full Moon and Empty Arms” of 1945. Arranged by Buddy Kaye and Ted Mossman, the song is based on Rachmaninoff’s Piano Concerto No. 2, and once Frank Sinatra wrapped his velvety voice around it, a hit was instantly born!

In 1957, Sinatra recorded the follow up “I think of you,” once again relying on the second piano concerto of Rachmaninoff. The second piano concerto turned out to be an all time favorite for inclusion into motion pictures. The soundtrack of the 1945 film Brief Encounter prominently featured the second piano concerto as the musical background to an affair between a middle class woman and a doctor whom she met at the railway station’s teashop. However, when it comes to seduction, nothing turned out quite as steamy as the main protagonist hoping to have his evil ways with Marilyn Monroe in the 1955 Billy Wilder comedy “The Seven Year Itch.”

And just in case you were worried that Rachmaninoff was going to disappear from the soundscape of the 21st century, have a listen to the creations of the English rock band “Muse.” Known for their energetic live performances, the lead vocalist and pianist Matthew Bellamy cites Rachmaninoff—alongside Liszt and Chopin—as a major source of inspiration. Hits like “Space Dementia,” “Blackout,” and “Butterflies and Hurricanes,” not only pay homage to the second and third piano concertos by Rachmaninoff, they have also been nominated for five Grammy Awards. As of June 2015, the band has sold more than 17 million albums worldwide. Eat your heart out Arnold Schoenberg!